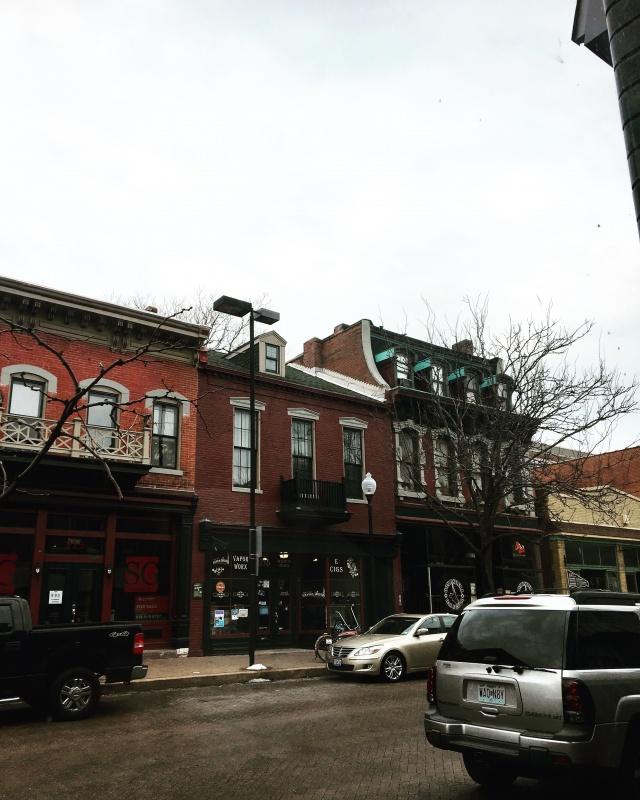 North Main Street has been the subject of controversial debates between the St. Charles City Council and bar owners. Photo by Madeline Raineri.

The bill, sponsored by council members Dave Beckering, Mary West and Bart Haberstroh, would prohibit bars on North Main Street from serving “intoxicating liquor” after 11 p.m. from Thursday to Saturday.

Owners, managers and employees spoke on behalf of their businesses, saying the change would result in a decrease in revenue and loss of jobs.

Eric Sohn, a St. Charles resident and Quintessential dining and nightlife manager, argued that there has been no dialogue between the council and Main Street residents and managers, which is “key to democracy.”

Mark Lovelace, owner of Kubrick’s and Lila Bertels, and an employee of Kubrick’s both said they felt that their business was personally targeted by the proposal.

“We open at 6 p.m., and we don’t serve food,” Bertels said. Being one of the businesses that was grandfathered into Main Street and allowed not to sell food, Kubrick’s relies solely on what they can offer, which Bertels said is “good company and alcohol.”

Lovelace also suggested solutions to the problem, which included probationary measures taken against the “bad apples,” or bars that disobeyed rules put in place by the city council, and making new bars in the area close at 11 p.m. to see how their culture changes and how they compete with the other bars.

“The bars on North Main Street have something to offer everyone,” said Chelsea Mowrey, a waitress at Prasino. “It would have a ripple effect on the economy in a negative way.”

Both Mowrey and Bertels also commented on public safety, which proponents of the bill suggested is the reason for the change.

“I have had police officers drive by and ask if I was safe after walking out of work,” Bertels said.

Both women also said they never felt unsafe outside of a bar on North Main Street and commended the efforts of police officers to keep the public safe.

As the crowd poured out after public commentary closed, city council member Beckering said that the proposed bill would not force bars and restaurants to close at 11 p.m., but only stop them from serving alcohol.