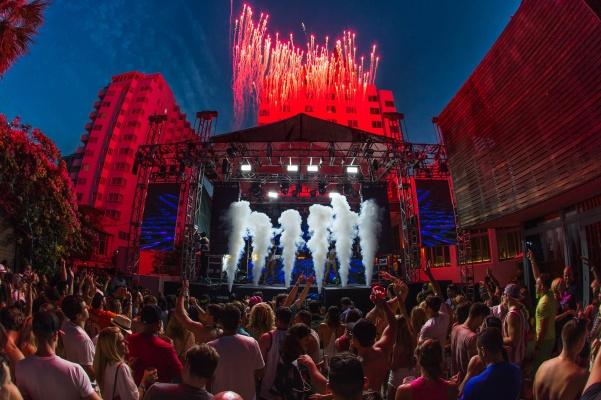 Looking for something to do? How about a concert? Check out the list below to see who’s stopping by St. Louis this week.

In 2000, James Taylor was inducted into the Songwriters Hall of Fame and in 2011, he received the National Medal of the Arts from former President Barack Obama, according to the Rock and Roll Hall of Fame’s website.

He has been active since the seventies and won a Grammy in 1998 for Best Pop Album for “Hourglass” which was released in 1997.

Tickets begin at $66 and can be purchased online through Ticketmaster or through the Scottrade Center box office. Box office hours can be found on the event page.

Described as a “heavy metal quintet” on the band’s Spotify page, Born of Osiris reign from Chicago, Illinois and released an album in 2017 called “The Eternal Reign.”

Fit For A King’s 2016 album “Deathgrip,” was streamed 1.5 million times in its first week and sold almost 8,000 copies, according to Spotify.

Known as the “undisputed King of Partying” on Spotify, Andrew W.k has been an advice columnist for Village Voice, Vice Magazine and has hosted a children’s game show on Cartoon Network.

He has also given self-help lectures at Yale University, Harvard University and Oxford University in the United Kingdom and has released an album this year called “You’re Not Alone.”

Tickets are $20 and can be purchased online through Ticketmaster or through Suite 100 at The Pageant. All tickets purchased in person with cash at Suite 100 will be discounted to face value. Hours for Suite 100 can be found on The Pageant’s website. There is a $2 minor surcharge.

The Sweden native band, according to Spotify, maintain a strict level of anonymity both on record and onstage, except for the lead singer, who is only known as “Papa Emeritus.”

Tickets begin at $25.50 and can be purchased online through Ticketmaster or through the Peabody Opera House box office. Box office hours can be found on the event page.

The Chicago-born DJ has been a record store owner and “pioneered” the concept of Las Vegas residencies, according to Spotify.

Tickets are $65 and can be purchased online through Ticketmaster.

Poison frontman Bret Michaels “reinvented” himself to become a reality TV star, with appearances on shows such as Celebrity Apprentice and Rock of Love, according to Spotify.

Some of the band’s more popular songs include “Every Rose Has Its Thorn,” “Nothin’ But A Good Time” and “Talk Dirty To Me.”

Tickets begin at $25 or $18.75 apiece if purchased in bundles of four and can be purchased online through Live Nation or through the Hollywood Casino Amphitheater box office. Box office hours can be found on the event page.

VIP packages are offered for this event and begin at $250 and contain packages for both bands. For more information, click here, or to purchase, click here.

Based out of St. Louis, People Seen in Cars released an EP called “Acousticaribou” in 2016 and released their first single “Sell Me Solitude” in 2017. Recently, the band released a song called “Summer’s Thunder” and have plans to release a full-length album called “Talking at Gunpoint” this summer, according to Spotify.

Tickets are $10 and can be purchased online through Ticketmaster or in person at the venue. All tickets purchased in person with cash will be discounted to face value. There is a $2 minor surcharge.

For a complete selection of concerts, sporting events and more, visit Ticketmaster’s website. Be sure to check back next week for more concerts coming to St. Louis.