Man pleads guilty to charges in crash that killed Lindenwood student, injured 3 others 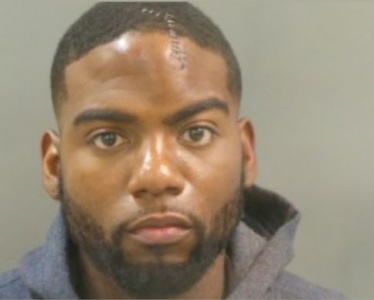 Marcus Jackson, 25, pleaded guilty to one count of leaving the scene of an accident, one count of involuntary manslaughter and three counts of second-degree assault on Tuesday and is scheduled to appear in court for sentencing on Aug. 10
Photo from Lindenlink archives

The man who caused a 2016 crash that killed one Lindenwood student and injured three others has pleaded guilty to five felony charges, according to court documents.

Landup was driving a 2008 Nissan Cube when Jackson — who was driving his Dodge Charger  in excess of 125 miles per hour — struck the Cube from behind.

As a Lindenlink article previously reported, Jackson fled the scene on foot without talking to Landup or the other passengers and got a ride out of the area. He was arrested later, when he sought treatment at a hospital. He admitted he was driving the car and struck the other vehicle, according to court documents.

Olyslager-Maldonado, 23, a Lindenwood marketing student from Honduras, was ejected from the car and died from her injuries a few days later. Many of her friends held vigil at St. Louis University Hospital as she clung to life. She was taken off life support after her parents traveled to St. Louis.

Jackson pleaded guilty Tuesday to one count of involuntary manslaughter, three counts of second-degree assault and one count of leaving the scene of an accident during a hearing in front of Circuit Judge Christopher McGraugh in St. Louis city.

Jackson is scheduled to appear in court for sentencing at 9:20 a.m. on Aug. 10. His plea was not part of a deal with prosecutors. He faces up to 10 years in prison on the involuntary manslaughter charge alone. Each assault charge could add an additional 10 years to the sentence, and leaving the scene of an accident is punishable by up to seven years in prison.