Opinion: Censorship is a four-letter word 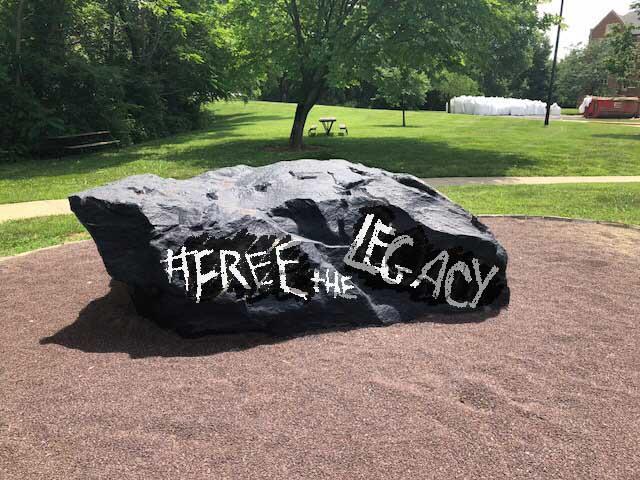 Movie sequels like the ones for the” Incredibles” and “Jurassic Park” are popular these days.

As for censorship sequels like the one going on with Lindenwood’s student media right now? Not so much.

It’s common knowledge that former President Dennis Spellmann canceled the newspaper during his tenure in the 1990s and early 2000s because he didn’t want to be criticized. Friday, the only print publication by students got the ax yet again. This time, it’s supposedly for our benefit.

It’s no secret the Legacy tackles controversial topics, like mental health awareness for college students and sexual assault on college campuses. Behind the cover story though, we also include stories BY students and FOR students highlighting topics ranging from changes coming to campus housing to spotlighting the various talented athletes the school should pride themselves on.

Whether its the tragedy that struck when student and lacrosse player Isaiah Kozak took his own life on Lindenwood’s campus, or the ongoing investigation into allegations against a former Lindenwood student-athlete for sexually assaulting someone on campus, these are issues that cannot be ignored.

We were “officially” told that the decision to cut funding for our magazine was made in a time when “converged” media is becoming the norm. The message, dressed in sweet-nothings and made to look like the best decision for our education, is quite frankly a blatant attempt at censoring the student media on our campus.

Perhaps the administration didn’t like having issues highlighting sex assaults and murder on the news racks when alumni were in for homecoming or parents were here for graduation. If they had a concern, they never shared it.  The publication staff has received nothing but glowing reviews from students, staff, faculty, alumni and parents alike.

We also celebrated the success of the Legacy/Lindenlink’s No. 1  story overall reaching more than 100,000 views and our publications collecting more than 25 awards, including being named as a finalist for Best News Magazine in a seven-state region. This makes it even less believable that a publication garnering so much positive attention for the university mysteriously would be “cut” for no reason other than making forward-thinking educational changes.

The questions from publication staff on Friday afternoon during the meeting with Dr. Joseph Alsobrook, dean of the School of  Arts, Media and Communications, were met with vague responses, blank stares and “I’d be happy to discuss further options.”

Budgetary concerns were mentioned once during the meeting as well, but it’s hard to believe the university cannot spare less than $10,000 for an entire school year’s worth of magazine issues. It hasn’t had trouble finding hundreds of thousands to use on things like new turf for the football field, a complete make-over of the Spellmann Center to become the “window of the university” and a giant boulder known as a “spirit rock.”

The road has become a difficult one to navigate for future journalists. With our work been criticized openly by President Trump and the recent death of five Maryland journalists at the hands of a disgruntled reader, it has become even more important that we seek the truth and defend it always, as written in the Society of Professional Journalists code of ethics.

When our administration tries to stifle us under the guise of “better educational opportunities,” we cannot be silent. We cannot have our program’s biggest asset stripped from us without a fight.