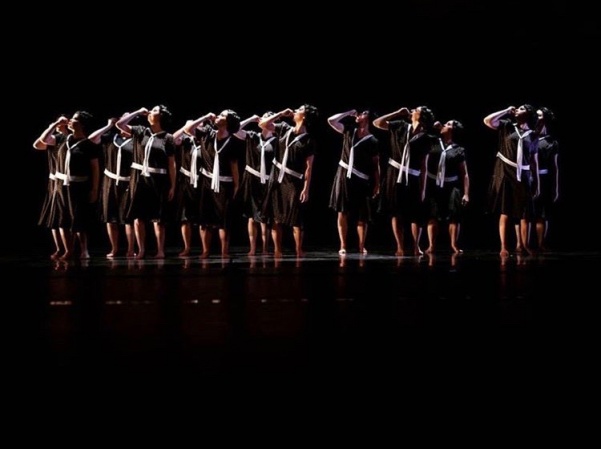 This was the third time the piece was performed. The first was at the fall dance concert, the second at American College Dance Association and the third will be at the Detroit Dance Festival.

“Telling the stories of these girls makes the performance very important to me,” Sydney Gibbs, one of the students performing the piece, said in an Instagram message.

She said she thought ACDA was her “last run” with “Orange, New Jersey (1917),” but was thrilled when she discovered she would get another go with it.

“Getting to travel and see a city while dancing couldn’t be better, she said.”

The group of students performed the piece at the festival on Aug. 11.