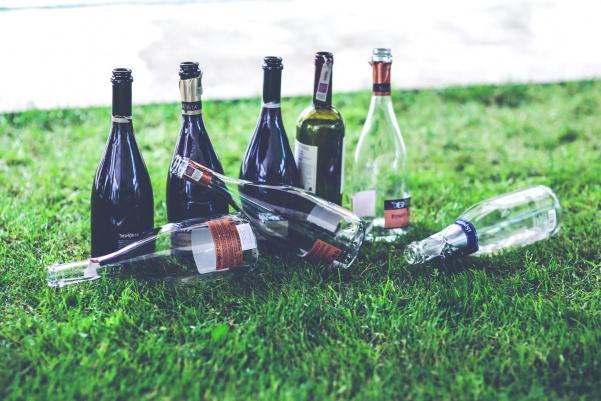 The latest version of a city proposal to crack down on drunken behavior on North Main Street removes an 11 p.m. cutoff on liquor sales, but it would still hurt bars frequented by students, its opponents say.

The current proposal, sponsored by City Councilman Dave Beckering, establishes a point system that could close establishments with too many infractions.

Beckering said the existing law was enacted in 1975, so the minimum needed to be updated.  According to the Bureau of Labor Statistics, the dollar amount was equivalent to over $900,000 in July 2018 dollars.

If the proposal passes, a liquor commission would ensure that the measures are followed.

A bill introduced in May banned liquor sales after 11 p.m., but the council tabled it after vocal protests from bar owners, workers and patrons.

Eric Sohn, the general manager of Quintessential Dining and Nightlife, said his bar can meet the food sales requirement, but it would cause other bars, including Bobby’s Place and Lloyd & Harry’s, to shut down.

Beckering said one reason he is trying to regulate the area has to do with closing time; when up to 2,800 people leave bars at once, it can cause chaos, he said.

“We have a very small police force, so we’re taking all the officers we have, and the ones off-duty and paying them overtime to come down there,” he said.

Lt. Thomas Wilkison, public information officer for the police department, said that alcohol-related incidents are common on North Main but citizens shouldn’t fear violent crime there. He said the police have increased enforcement efforts to allow them to adequately patrol the area when it is busiest.

Lindenwood being a dry campus, the 18 bars on the three-block stretch of Main are popular among students.  [perfectpullquote align=”right” bordertop=”false” cite=”” link=”” color=”” class=”” size=””]Bill 12622

Creates a city-wide points system under which liquor licenses can be revoked if their holders earn too many points
Establishes a liquor commission to administer the ordinance
Requires bars on North Main Street earn half their revenue from food.  [/perfectpullquote]

“There’s always fights, like bar fights, but you’re going to get that anywhere,” said Ashley Lowtharp, a senior at Lindenwood, “It’s always  shut down real quick, so […] I never feel unsafe when I’m down there.”

Though Sohn thinks some elements of the law’s points system make sense, he said it will punish businesses for things out of their control.  For example, infractions like a customer leaving with an open drink, which is worth 1.5 points, could add up to a business losing its license.

Beckering said, “All of these places have folks at all the doors, so nobody’s going to lose their license because somebody snuck a beer out in their purse or something.”

But Sohn said during lunchtime he doesn’t have security at all exits to stop people from taking open containers.

Other violations the ordinance punishes include fights on or near the property, allowing guns inside, serving minors and not reporting a fight.

Sohn said locally-owned bars are an important part of St. Charles’ economy, generating $20 million in revenue, but the city is targeting them with onerous regulations.

Others say the bars have overrun Main Street and are detrimental to the area.  Penny Pitman, who renovates and leases historic buildings in the district, said bar patrons cause noise, mess, disorder and property damage.

“One tenant had two break-ins in one summer, including walking in to find a guy bleeding on a couch who had passed out inside the store,” she said.

Pitman also mentioned that late at night a few years ago, a driver crashed into the porch of a property she owned.

“Any sober person would not do that,” she said.

Last September, a drunken brawl erupted outside of a wedding party on Main which resulted in two people being hospitalized.

Pitman and Beckering agree that the neighborhood is not meant to have 18 bars.

“It’s supposed to be a restaurant district, because this is what’s known as a mixed-use historical district,” he said.

Pitman said she hopes bar owners will be held responsible for their impact on the community.

“I am tired of hearing ‘I don’t go down there at night anymore; it doesn’t feel safe,'” she said.  “The people in the offices and the people in the retail stores are not the ones creating that environment.”

Sohn said he has suggested taxing bars to fund public safety and keeping the streets clean, but the city has not listened.

Bill 12622 is scheduled to be voted on by the St. Charles City Council Sept. 4.  If it passes, it will go into effect as soon as it is signed by Mayor Sally Faith, who supports it, Beckering said.

At the city council meeting when it was introduced, several citizens spoke about Bill 12622. Most of them were bar owners, including Sohn, strongly opposing the bill, but also two St. Charles business owners voiced support of the law.
Video from the City of St. Charles Video Archive.