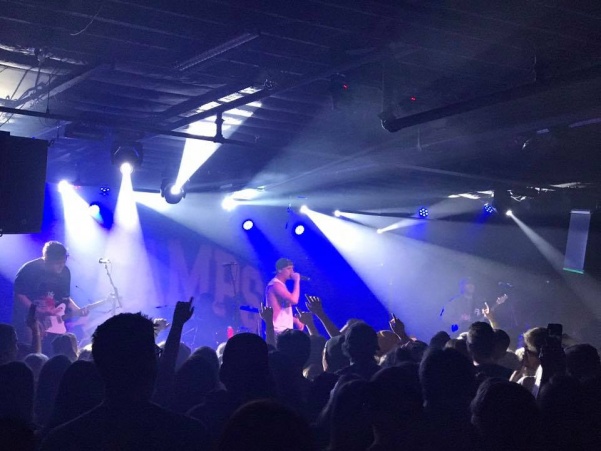 In what may be its rawest album yet, State Champs cover all bases of love, whether that be an ex-lover, a current sweetheart or somewhere in between.

“Living Proof” tells a story of two lovers who try to figure out if they’re truly meant for each other. The beginning of the album sees the ugly: wondering how the relationship got to a certain point, wondering how everything got flipped upside down and where it went wrong.

The album begins to shift with the fourth song, “Dead and Gone,” which is about asking for forgiveness when the damage has already been done. It’s also about realizing that a relationship has become toxic and leaving is the smartest choice to make.

Taking a complete 180, “Safe Haven” is a song that talks about two people wanting to stay together when the world wants them apart. It leaves the two wondering where their “safe haven” is, even if it might be right in front of them.

Moving on to the songs that force listeners into feeling emotions they didn’t know existed, “Our Time to Go” is about coming to terms with the fact that the relationship has to end, even though it’s blatantly obvious that neither party wants it to.

Many relationships have happy endings, however, a lot of them end. Sometimes those endings are not so peaceful. There are fights and words full of hate, spewed out of anger that aren’t taken back, but in “Time Machine” lead singer Derek DiScanio apologizes and wishes there was a way to take back everything that happened during the relationship.

The song is a look back on the past and a feeling of regret. It’s about wondering what the relationship would be like if things were done differently. The lyric, “I wish I had a time machine so you would never have to leave, and I wouldn’t have to say sorry, but now we’re running on a picture perfect memory,” proves that not all relationships are what they seem to be.

Most songs about relationships are cliche, and the topics are so overdone, but State Champs bring a new perspective to the table, changing the romantic pop-punk scene forever.