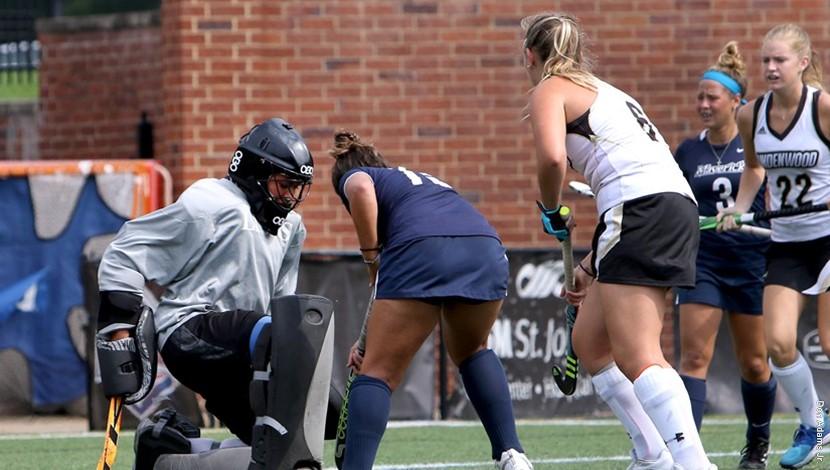 In a file photo from 2017, Lindenwood field hockey goalie Skylar Starbeck makes a save during a game against the Mercy College Mavericks.
Photo by Don Adams Jr.

Women’s field hockey opened the season with a 3-1 record and came in at number 10 on the NFHCA Coaches Poll.

The Lions finished last season ranked eighth in the coaches poll, ending the year with a 17-2 record and led all of NCAA Division II with a win percentage of .895.

After dropping their first game this season against Bloomsburg University in double overtime on Sept. 1, the Lions put together three wins in a row to become nationally ranked. They have a knack for winning close games, with their largest margin of victory being only two goals.

Through their first four games, Bridget Hoogendijk lead the team with three goals, followed closely by Jessie Londono and Noor Fons with two goals each. Londono leads the team in assists with three.

The Lions have a brief break in their schedule, but will attempt to continue their win streak at home Sept. 22 against Mercy College at 3 p.m. They follow that up with another home game against Newberry College Sept. 23 at 12 p.m. These back-to-back contests are two of their three games at home this season. The other comes Oct. 6 at 6 p.m. against Bellarmine University.