TEDx was canceled over the word transgender, speakers say 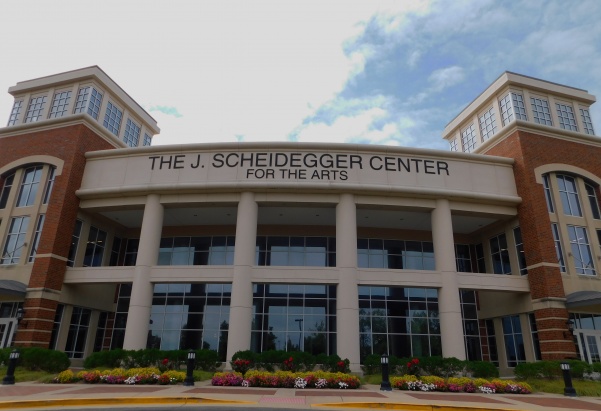 When Lindenwood University abruptly canceled its TEDx event this summer, officials cited financial reasons but others allege it was due to a single word — transgender — in a speech title.

“There are no disagreements as to why this event was canceled,” said Gina Sopuch, a speaker for the TEDx event who said the word transgender caused the cancellation. “There is only one truth. We refuse to acknowledge alternative facts.”

The talk was slated to be given by Dr. Sarah Garwood, an associate professor in pediatrics at the Washington University School of Medicine who works with transgender youth.

The event, set for Jan. 18,  in the J. Scheidegger Center, had entered the final stages of preparation when those involved in the planning process and those set to speak received an email from T.J. Rains, the vice president of Information Technology and an organizer of the TEDx event.

The July 9 email stated that the event was dropped because “a lack of sponsorship/funding and the need for resources to other strategic initiatives.”

Lindenwood hosted its first TEDx event on Oct. 12, 2017.  Toni Josato, director of academic technology services and one of last year’s event organizers, said the event received $10,000 from the Academic Technology/IT budget and came in under budget.

Net total expenses from the sold-out event were $6,241 after $1,235 came in from ticket sales and sponsorships. Josato said in an email that most of the expenses came from marketing materials and the stage design.

Marilyn Abbott, the provost and vice president of the university, said the 2019 event was canceled due to resource limitations, both financial and personnel.

“The IT department personnel who would be needed to support the project have been assigned to key strategic plan initiatives, specifically the rollout of the new Service Excellence Program and the implementation of Workday Student,” she said.

Some of those involved, including Garwood, said she never heard that financial issues or allocation of resources posed a potential threat to the event.

“I find it very hard to believe that the event was canceled for lack of sponsorship, given how far in advance the cancelation happened,” Garwood said.

Just days after the event was dropped, Sopuch, a graduate student in the creative writing program at Lindenwood, expressed her concerns in an email to administration.

“We are also all well aware of the fact that the administration was concerned with the use of the word ‘transgender’ in the title of Dr. Sarah Garwood’s talk, thus leading directly, just days later, to the event cancellation,” Sopuch wrote in the email.

“Just about EVERY SINGLE SPEAKER in the lineup was in the room (whether in person or via Zoom) on the day of the speaker workshop, Monday, July 9th, when we inquired about talk titles. It was swiftly explained that the powers that be had a problem with the use of the word ‘transgender’ in the title of the talk.”

At least one other person connected to the event also believes the word transgender led to the cancellation of the talks, but the person declined to speak on the record due to concerns about repercussions from the administration.

Heather Brown-Hudson, an associate professor, former TEDx speaker and a member of the facilitation committee for the now-canceled event, said the event’s cancellation will not help efforts to make Lindenwood an inclusive community.

“These types of moments are writing the legacy of Lindenwood University,” she said in an email. “The good news is that there are myriad ways to spotlight how diversity, equity and inclusion matter to so many at Lindenwood. What I have observed, however, is that many of the faculty, staff and students do this work in quasi-isolation, or on a lesser visible level than this TEDx event would have been.”