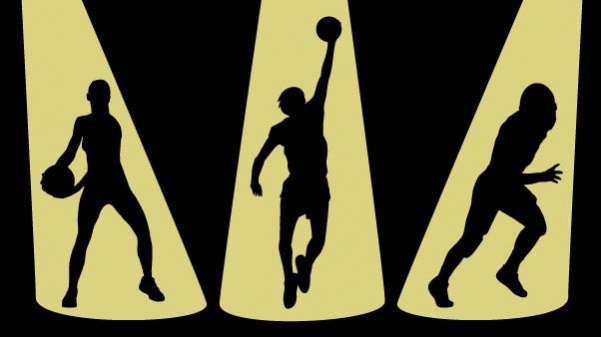 This week’s student-athlete spotlight is a little different than most. Shifting away from sports, this article takes a look at an “athlete” that many would normally overlook.

Major: Business administration with a minor in sociology

Q: When did you start marching band?

Q: How did you get started in marching band?

A: “In fifth grade they encouraged everyone to try out an instrument, and I picked the drums. Ever since, I have stuck with it.”

Q: What is your biggest strength as a member of marching band?

A: “Drumline has given me the chance to further my leadership skills that I never would have gotten from any other organization. I have grown closer than I could have ever thought possible with the people I drum with, and made lifelong friends with through this activity.”

Q: What has been your most embarrassing moment in marching band?

A: “My sophomore year of high school, I had just been put on the snare line. At our very first competition, our director wanted us to try something that we never had done in practice. Needless to say, I fell with my drum on in front of a stadium full of people. That happened another time that year, and I broke my drum and harness. It was mortifying.”

Q: What has been your biggest accomplishment in marching band?

A: “My junior year of high school, we went to an all drumline competition. We had not been the previous year, so we were slated last in our division. We went and played the best we had all season, but weren’t sure how we would measure up to everyone else. With marching band, it is very much, ‘just do the best you can and hope for the best.’ By the time it came around to awards, they announced fifth place in our division, and it was a small high school. Fourth place, not us. Third place, we weren’t called. Second place, we were so discouraged that we hadn’t even placed that we were barely listening to who won. And then they announced that we had gotten first place, and we all started screaming. We couldn’t believe it. After that, we went on the next year to win that same title, and I owe it all to the spirit we had gotten from the year before.”

Q: What do you like most about marching band?

A: “The camaraderie. I would not be near as close to the people I drum with without this organization. Drumming together gives you a bond that is pretty indescribable. You have to be so in tune with the people next to you and you rely on them to do their part.”

Q: Why did you choose to play for Lindenwood?

A: “I knew that I wanted to continue marching, so my senior year, I set up a meeting with Dr. Curtis, and he told me about all the big plans he had for the band that year. I was so excited, and I knew that the band was something I wanted to be a part of.”

Q: Do you have any game day rituals?

A: “On game days, we always warm up outside the Scheidegger Center, and we get a pep talk from Jason Hood. These talks always bring us together and get us ready to ‘Make ourselves proud, make our friends proud, and make this community proud…'”

Q: Who is your favorite drum corps?

A: “I would have to say that the Bluecoats are my favorite drum corps. Their 2016 show changed Drum Corps International (DCI) in huge ways, and pushed the corps to be better than they had ever been.”

Q: What are some of your favorite hobbies?

A: “I love to read, binge on Netflix shows (I’m currently catching up on Supergirl) and take relaxing baths.”

Q: What are three things you can not live without?

A: “Chocolate, books and pasta.”

Q: ” If you could have dinner with any three people, who would they be?

Q: What is your favorite quote?

A: “‘Life before death. Strength before weakness. Journey before destination.’ -The Way of Kings.”

Q: Do you have any advice to give?

A: “Stick with your team, even when times are hard. Always push yourself and be better for them.”

Q: What are your plans after college?

A: “Right now, I am planning on moving out of state and seeing more of the country [and] try to figure out where I would like to settle down. I have lived in Missouri all my life, and want to have a more broad perspective of my country. I would also love to start a no-kill animal shelter. I have figured out that I love animals, and that they deserve a chance to survive and find a good home.”