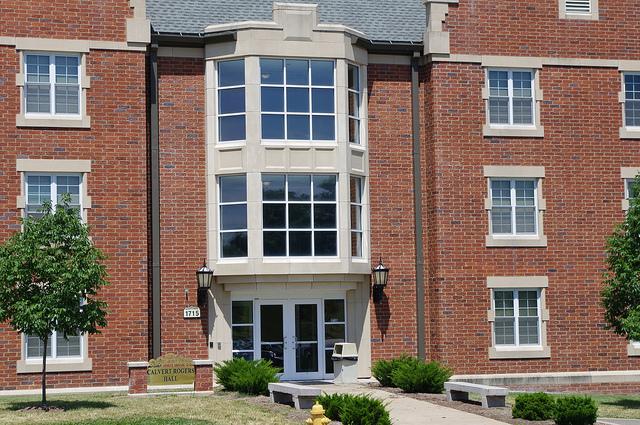 Calvert Rogers, along with Rauch, are the first two dorms on campus to allow visitors 24/7.
Photo courtesy of the Mary E. Ambler Archives.

Residents of Calvert Rogers and Rauch Halls will be allowed to have opposite-gender visitors 24/7, according to an email sent out to residents.

At the beginning of the fall 2018 semester, Calvert Rogers and Rauch became the first residence halls in the history of Lindenwood to be co-ed. Now, they will be the first to have 24-hour visitation.

The decision was made after an online survey was sent out to residents. The results were “overwhelmingly” in favor of a 24-hour visitation policy, according to the email sent out by reslife.

The new policy takes effect Oct. 1. Residents have been encouraged to revisit their roommate agreements to adjust to the new policy.

“While residents have the option for 24/7 visitation, they also have the option to set personal boundaries and expectations with their roommates and suitemates through U\university provided agreement forms,” said Holly Zieger, the area coordinator who oversees Calvert Rogers. “If all roommates agree that they only want visitors, say, three nights a week, they can set that for themselves.”