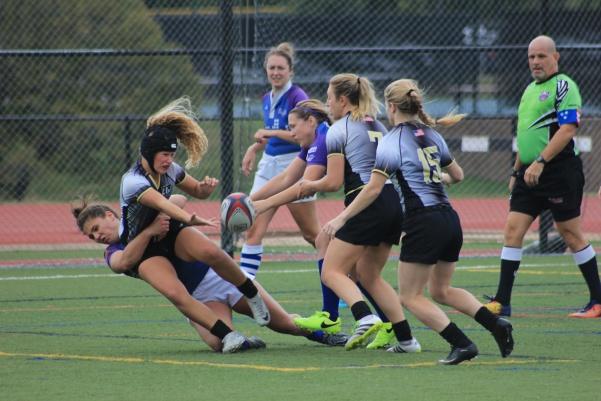 The Lindenwood Lions B team fell to the St. Louis Sabres 47-43 Sunday, making it their first loss at home in four years.

At halftime the Sabres lead the scoreboard 21-12. After the half, the Lions came in hot, scoring a try within three minutes by wing Imogene Davies.

The Sabres took advantage of the scrums and gained possession after most of them.

Both teams alternated scoring trys until the score was tied 35. Halfback Teague Sullivan then scored a try and the Lions took the lead 43-35.

But the Lions did not maintain their lead for long, with the Sabres scoring a try, to bring the score to 43-42.

The Lions were not able to hold back the Sabres line in the end. With two minutes until the whistle made its final blow, the Sabres scored a try, ending the game 47-43.

Center Kanani Uluave said it was a rough game for the Lions.

“The Sabres came in smashing and held nothing back,” she said.

Uluave said the game was a good learning experience and promised the team will come back stronger for the next game.

“It was a battle till the very last second, and we never stopped fighting,” she said.

The Lions’ next matchup is on Saturday, Oct. 6, where the A team will travel to face Central Washington University on its home turf.