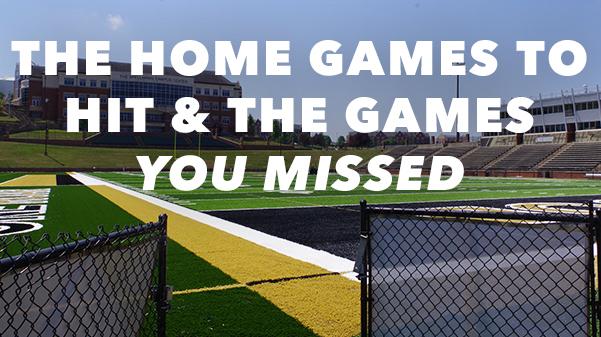 Here’s a summary of impressive achievements in Lindenwood sports this past week, and a look into this week’s upcoming home games.

It was quiet week for Lindenwood sports, as only six organizations took part in competition.
Games you missed
FOOTBALL: On a Saturday home matchup against No. 7 Pittsburg State, the Lions fell short in overtime 27-24. Running back Nash Sutherlin led the offense with 112 scrimmage yards paired with a rushing touchdown. Defensively, linebacker Drew Seers had six tackles and an interception that he returned for a touchdown, and defensive back Darrius Williams led the Lions defense in tackles with 14.

WOMEN’S ICE HOCKEY: The women opened up their season with a two-game weekend set against No. 2 Wisconsin. In the 3-2 loss on Friday night, Hannah Alt and Courtney Ganske scored the only goals for the Lions. The following day, Lindenwood was shut out 6-0.

MEN’S SOCCER: The men’s two games last week came at home. Their first matchup against No. 17 Northeastern State finished with a 2-2 draw. In the Friday contest, Thomas Hutcheson and Gaspar Alvarez scored both goals for the Lions. Next came Southwest Baptist, who Lindenwood defeated 4-1 on Sunday. The scores came from Luke McBeth, Hutcheson, and Joshua Scholl, who scored two.

FIELD HOCKEY: The Lions played No. 11 Limestone and No. 25 Newberry College this weekend. The Limestone matchup resulted in a 2-1 loss; the lone goal coming from Bridget Hoogendijk. In the Newberry match, the goal from Noor Fons and the two from Hoogendijk, were enough for a 3-1 victory.

WOMEN’S VOLLEYBALL: The women broke a five-game losing streak after defeating Southwest Baptist and Missouri Southern State over the weekend. In the 3-1 win against Southwest Baptist, Sadie Kosciuk led the Lions in kills with nine, while Emma Lattimore finished with a team-high 16 digs. The Saturday matchup against MSSU went to five sets; Lindenwood captured the win 3-2. Kosciuk again led the Lions with 15 kills, while Jenna Garrett led in digs with 15.
The Home Games to Hit
Men’s Soccer vs. Oakland City University- Wednesday, Oct. 3 | 1 p.m. | Harlen C. Hunter Stadium

After returning home from a road trip, the Lindenwood field hockey team (7-2) will take on Bellarmine (5-4) at 6 p.m.