LouFest vendors recover from the festival’s cancellation, St. Louis comes together to support 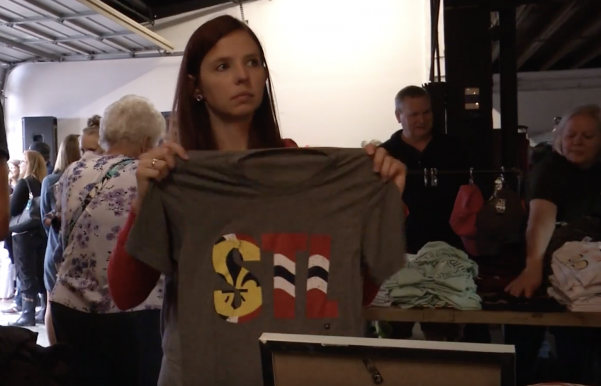 A customer shops at Arch Fest, looking at apparel that was originally intended to be sold at LouFest 2018.
Photo by Kayla Drake

LouFest was supposed to celebrate its eighth year in 2018 of running in St. Louis, but it was canceled two days before the music festival’s start in Sept. 8-9.

Listen Live, the company that put on LouFest, issued a statement that they had to cancel the festival because they were unable to pay the vendors.

Immediately after the cancellation food and apparel vendors were apprehensive about selling the access products they bought for the festival. But St. Louis residents showed up in droves to support local business, buying all 700 pounds of salami from Gioia’s Deli and packing Arch Apparel’s Arch Fest.

The weekend turned out so successful, vendors are planning to make it an annual event, according to Gioia’s Deli owner Alex Donley.

LUTV reporter Kayla Drake went to speak with the vendors about the surprising turn of events.