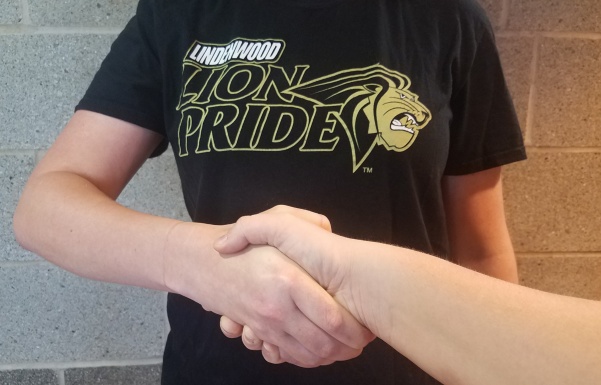 New this year, the Development Office is adding affinity groups for alumni from each school.
Photo illustration done by Kayla Drake

The Development Office is creating affinity groups within schools this year to increase participation and create a better network for alumni.

“Rather than fundraising, our focus is on friendraising[…] which is also a huge help with the whole university relations focus: outreach,” Development Director Bryan Stone said.

This past summer, offices merged to create University Relations to house marketing, public relations, development and alumni relations all under one roof.

“We’re not pounding the pavement out there for money,” Vice President for University Relations Lisa O’Brien Enger said. “We really think [alumni] relationships long term will pay off tenfold because people had a good experience.”

Engle said the goal is to develop “touch points” within alumni to establish internships, mentor relationships for students, and sponsorships.

The affinity groups were launched July 1. In the three months since, the school of education has 16 alumni in their affinity group now including superintendents, principals and classroom teachers.

Stone said the goal is to have 10-15 alumni in the groups to have leadership roles.

“The theory is alumni have more participation if they are involved with their school, degree program and former professors, rather than going to a football game,” he said.

Currently there are two development directors: Stone and Mark Bohr. Stone is in charge of the school of arts, media and communications and humanities. Bohr leads affinity groups in the school of sciences, health sciences and education.

The office is looking for a third development director for the school of business and accelerated degree programs, according to Stone.

At the end of May, the university laid off 17 employees, including Michelle Giessman, who was the director of Alumni Relations for two and a half years. Bohr said no one is directly replacing Giessman, but instead added her job as a “hat to our many hats.”

Bohr said he expects the affinity groups to morph to fit the unique needs of each school based on “need and want.”

Currently, Lindenwood has about 40,000 living alumni to connect with, according to Bohr.

“If someone is a graduate of Yale or Harvard or Princeton, people generally think about ‘oh that degree has a ton of value, because after graduation look at all the contacts I have,’” Bohr said.

Bohr said potential lies in Lindenwood alumni to create a great network, but Development needs to provide the opportunities.

The first alumni association started in 1872, according to university archivist Paul Huffman. Stone said Lindenwood has always done alumni outreach, but now it is focused – directors are designated officers and alumni’s point of contact.

Enger, the new vice president for university relations, plans to focus on community engagement and marketing, while the directors will focus on dealing with alumni directly.

“[Alumni] are our best advocates, who help us recruit, to help us get jobs, to help us with internships,” Enger said. “It’s much more than just restructuring the development department, it really is taking a more holistic, strategic approach to some longer term goals.”

“As a university I think we’ve realized we need to do more,” Bohr said. “We need to be in more contact, more often with alumni.”

The Development Office is making homecoming their public kickoff for the new initiative. Schools have invited alumni to come back for the first Alumni Village on Harmon parking lot on Oct. 20. The arts, media and communications and humanities affinity groups will launch the same day.

Editor’s note: Michelle Giessman was one of 17 employees laid off at the end of May. An earlier version of this story mischaracterized it.