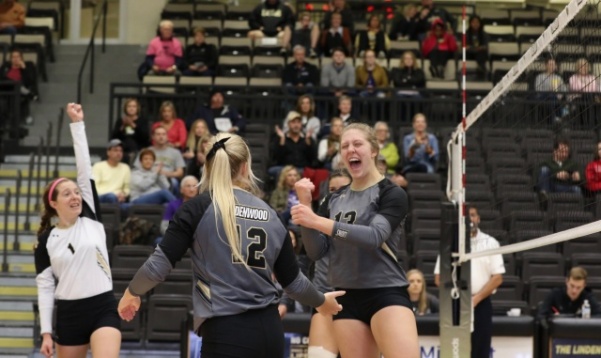 The Lions dominated the Bearcats with sets of 25-11, 25-14 and 25-16. In the first two sets, the Bearcats struggled to score and found themselves too far away to catch up with the Lions. However, in the third set,  the Bearcats kept it closer, holding a two-point difference until the Lions powered up to finally shut them out.

The Lions were led by Sarah Wagenknecht and Jenna Garret, who posted 11 digs. Alexa Pressley followed with 13 kills and had only one error and a .367 attack percentage.

Clancy and Bailey Dvorak, an outside hitter from Kansas, will be participating in their last regular season home game on Saturday.

The Lions find themselves on sixth in the MIAA standings and are tied with Pittsburgh State and Emporia State for a spot in the conference match, but they have the advantage to secure that spot.

“It is going to be crazy being our last two games of the season, but we are focusing on what we need to do to win,” Dvorak said.

The Lions will battle against Missouri Southern State University at 6 p.m. at Hyland Arena.