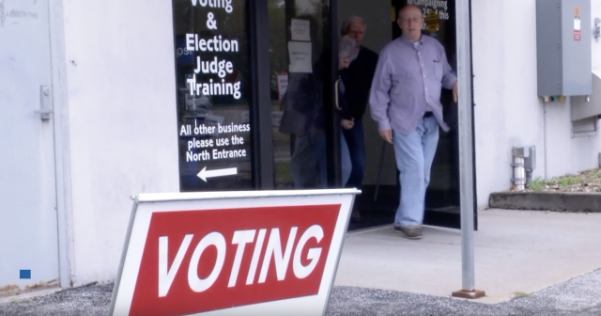 St. Charles County has a record amount of absentee voters for the upcoming Missouri general election on Nov. 6, according to Elections Director Rich Chrismer.

Chrismer said the enthusiasm for this year’s election started well before absentee voting opened. During voter registration, he said he had his staff working 12 hour days to meet the deadline because of so many applications.

St. Charles is experiencing a revival in voter interest. A retired federal employee, Mary Boyd said she has never been to so many town halls or meetings than during this year. Boyd said the trend shows her people are invested in local government now.

“You can’t remain neutral; you have to take a stand,” she said. “You have to vote to express your own concerns and opinions, and you do that by voting; that’s the only way I know to deal with this.”

Boyd said the 2016 election of President Trump motivated her to be more involved with local government.

Chrismer said this is also the largest ballot he has seen in his 16 years as the elections director. He said he recommends people look the issues up online before coming because a fresh pair of eyes can take about 35 minutes to vote.

Chrismer also clarified confusion in reporting about the photo ID law. He said a form of identification is still required and was not struck down by the court. A valid form of ID includes a state ID, passport or utility bill.