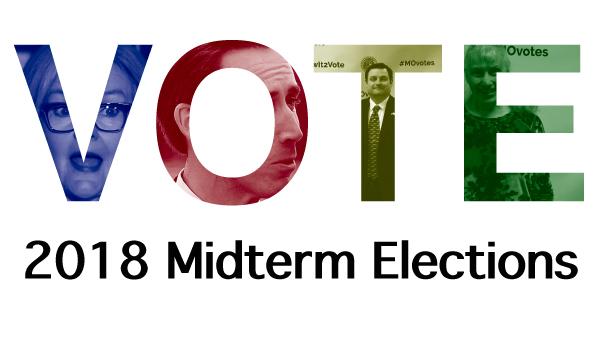 Ballot Measures
All information on ballot titles and results are taken from the website of the Missouri Secretary of State.
Amendment 1
Shall the Missouri Constitution be amended to:

Amendment 2
Shall the Missouri Constitution be amended to:

Amendment 3
Shall the Missouri Constitution be amended to:

allow the use of marijuana for medical purposes, and create regulations and licensing procedures for marijuana and marijuana facilities;
impose a 15 percent tax on the retail sale of marijuana, and a tax on the wholesale sale of marijuana flowers and leaves per dry-weight ounce to licensed facilities; and
use funds from these taxes to establish and fund a state research institute to conduct research with the purpose of developing cures and treatments for cancer and other incurable diseases or medical conditions?

This proposal is estimated to generate annual taxes and fees of $66 million. State governmental entities estimate initial implementation costs of $186,000 and increased annual operating costs of $500,000.

Amendment 4
Do you want to amend the Missouri constitution to:

State and local governmental entities estimate no costs or savings from this proposal.

Proposition B
Do you want to amend Missouri law to:

State and local governments estimate no direct costs or savings from the proposal, but operating costs could increase by an unknown annual amount that could be significant. State and local government tax revenue could change by an unknown annual amount ranging from a $2.9 million decrease to a $214 million increase depending on business decisions.

Proposition C
Do you want to amend Missouri law to:

remove state prohibitions on personal use and possession of medical cannabis (marijuana) with a written certification by a physician who treats a patient diagnosed with a qualifying medical condition;
remove state prohibitions on growth, possession, production, and sale of medical marijuana by licensed and regulated facilities, and a facility’s licensed owners and employees;
impose a 2% tax on the retail sale of medical marijuana; and
use funds from this tax for veterans’ services, drug treatment, early childhood education, and for public safety in cities with a medical marijuana facility?

Proposition D
Shall Missouri law be amended to fund Missouri state law enforcement by increasing the motor fuel tax by two and one half cents per gallon annually for four years beginning July 1, 2019, exempt Special Olympic, Paralympic, and Olympic prizes from state taxes, and to establish the Emergency State Freight Bottleneck Fund?

Smoke Free St. Charles is a ballot initiative that would ban smoking in most indoor venues in the county, with exceptions for bars, the Ameristar Casino, as well as businesses that mainly sell tobacco products such as cigar bars.