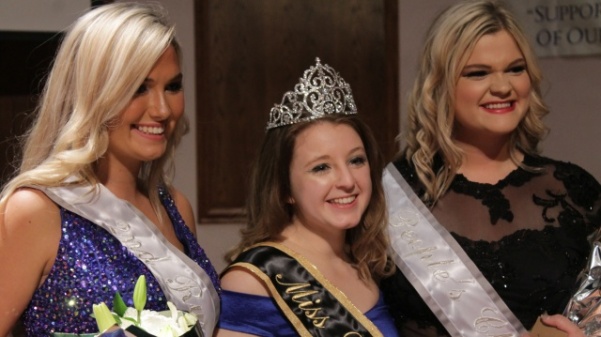 Jordyn Lockhart won the 2018 Miss Lindenwood Pageant, an event that raised more than $1,000 for a nonprofit that helps families of first responders killed in the line of duty.

The pageant was in the Lindenwood Cultural Center on Nov. 8.

This was the fourth year for the event, which is Phi Lambda Chi fraternity’s biggest fundraiser. The pageant had a Gatsby theme this year and included 12 contestants, ranging from freshmen to seniors, experienced and first-timers to pageants.

Senior Harry York, head chairman of philanthropy for the fraternity, was in charge of planning the pageant for the second year in a row.

York said he was satisfied that all the minute details came together, and audience members were telling him it was the best Miss Lindenwood yet.

“At first I thought this is a dream, this can’t be real, but then I saw the Phi Sigs screaming,” said Lockhart, the recruitment chair for Phi Sigma Sigma.

This year was Lockhart’s second time to compete in Miss Lindenwood. Last year, she finished first runner-up and said she only participated because her friend wanted someone to do it with her.

Lockhart said she was nervous to showcase her designs for the talent portion because fashion is opinionated, but she said it was worth the risk for the cause.

“I was slightly nervous because of my talent, because I was putting so much of myself out there with my designs,” she said.