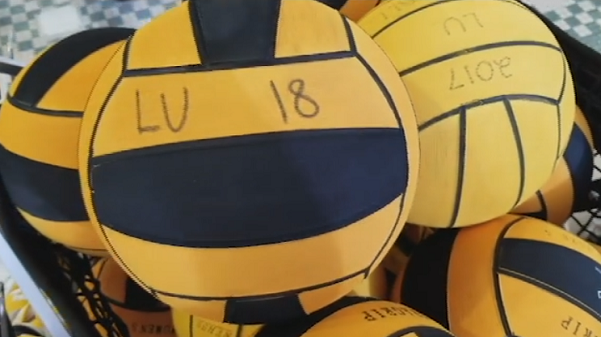 The men’s water polo team took home its seventh national title, its fourth in five years, after defeating the University of Utah on Sunday in the 2018 Collegiate Water Polo Association National Championship.

The Lions went to Phoenix, Arizona, with one goal:  to reclaim their spot as No.1 after their early elimination against California Polytechnic State University in last year’s tournament.

Lindenwood started the competition by eliminating Villanova University. The Lions never trailed in the game and ended up with a 20-11 victory led by a great performance from Driver Andreja Babic, who took the Player of the Game award.

After eliminating Villanova, the Lions advanced to the quarterfinals where they met University of California-San Diego. This time, the Player of the Game went to Goalie Arnau Bayer, who ended the game with 13 saves to help the Lions run over San Diego with a 7-3 win.

That win gave them a ticket to the semifinal against No. 1 University of California. For the Lions, Driver Nikola Vukic led the attack with five goals to give Lindenwood a 17-13 win. California was a hard contender but was never able to get ahead in the scoreboard. The win allowed the Lions to play their eighth National Championship game.

For the title game, the Lions faced Utah, which tried to get in front of the Lions at the beginning of the game but was unable to do it thanks to a five-goal performance by Babic, who was also chosen to be in the 2018 Men’s All-Conference Team.

The Lions ended the title game 14-11 and returned to St. Charles with their fourth crown in the last five years.