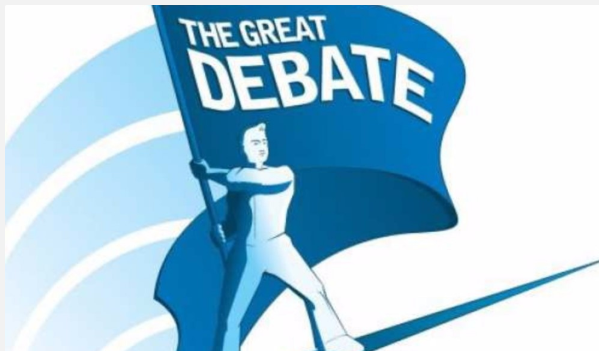 Lindenwood’s Collegiate Democrats and College Republicans Club will face off in the fourth annual Great Debate at 6 p.m. Tuesday, Nov. 27, in Dunseth Auditorium.

The event will be “a town hall-style debate” between the leaders of both clubs.

“The debate every year always draws a crowd, and it’s fun to go head-to-head with the Republicans, some of whom are close friends,” Jessie Basler, president of Collegiate Democrats, said.

According to the event’s InvolveU page, the debate is intended to focus on facts rather than emotional arguments between the two sides. The topics are minimum wage, green energy policy, religious liberty in the workplace and health care. Students also will have the opportunity to submit their own questions for the debaters to answer during the last segment.

Basler said the goal of the debate is to educate Lindenwood students of both sides, and “recognize the ramifications of politics, and the importance of activism.”

Skyler Budman, the College Republicans’ vice president, said the goal is for an intellectual debate, not an argument. Budman said in the past, it seemed like the Republicans were trying to “beat” the Democrats in the debate. This year he said it’s not about changing the minds of the Democrats, but to give perspective to the audience attending.

“We all want to make the country better for our generation and the generations to follow,” Budman said.

This year the audience can get more involved through a phone survey. Students can text a number with their selection regarding who they believe has the stronger argument or is the most persuasive for each topic.

Barbecue and soft drinks served during the event, and there will be a drawing for two $25 Barnes and Noble gift cards that can be used toward textbooks for next semester.