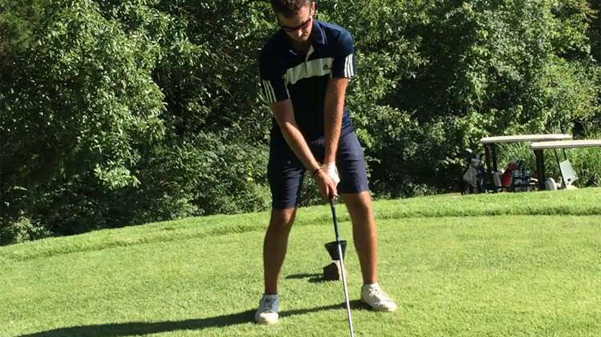 Lindenwood golfer Koke Edo Maeso said he got his motivation for his sport by watching his family play in Spain.

“I used to spend more time in the golf camp than in my house,” Maeso said.

Maeso, 21, is a senior who is completing an international business bachelors degree and starting his MBA.  He has been playing golf since he was 4 years old, and competed for the first time at the age of 7.  Back then, his results were not the best, but he said he did not get discouraged.

He said when he was young, he let his emotions get in the way of his game, but now he is driven by the competition.

Before Maeso came to play golf at Lindenwood, he traveled around Spain to tournaments, such as the World Amateur Golf Ranking Show in 2016. He performed well, which gave him a ranking of 1,609 worldwide. Due to his worldwide ranking, he became the 25th best player in Spain.

Maeso said initially, he was not interested in coming to the United States to study; he wanted to stay in Spain. What changed his mind was the difficulty to he had doing both studies and golf in his country.

When he competed at a Swedish tournament, his friends were talking about the colleges they were going to in the U.S., Maeso said. He did well at the tournament, and a college scout talked to his coach, so he took the offer.

Maeso said he has a good relationship with his golf teammates and coach. One of his best friends is teammate Markus Lindgren. If they do poorly at competitions, they motivate and support each other even more, he said.

Although golf is an individual sport, at the end, the overall score adds up, making it a team event.

“We compete between each other as fun, we look to our objectives and them compare them,” said Lindgren. “That encourages us to become better.”

Maeso said he is working hard with the objective of achieving top five at the nationals in May.