A look back at Lindenlink’s biggest stories of 2018 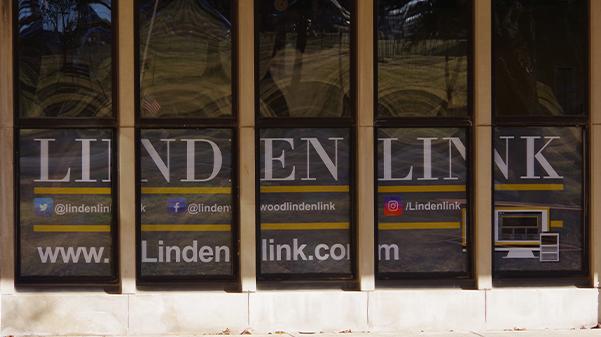 As the fall semester comes to an end, here is a recap of the most-viewed Lindenlink stories in news, sports, culture, opinions, and multimedia.
News
Student found dead on campus during fall break
On Oct. 15, Lindenwood student Madison Scott died in her dorm in Calvert Rogers Hall of an “apparent suicide,” according to St. Charles police.

Scott, who was from Jefferson City, Missouri, double-majored in Spanish and advertising and strategic communications.  She was member of the Sigma Sigma Sigma sorority and the honors college.

A Catholic mass was held in her honor at the Lindenwood University Cultural Center.

With more than 57,000 views, the story of Scott’s death was the most-read Lindenlink story of the semester, and the second-most of all time.

TEDx was canceled over the word transgender, speakers say
In July, Lindenwood canceled a TEDx talk event planned for the following January, citing funding concerns.  In September, Lindenlink reported that some involved in organizing the event claimed it was actually cut because the title of one talk contained the word “transgender.”

The story, written by News Editor Madeline Raineri, received over 9,000 views, the second most overall this semester.


Lindenwood student found dead in San Antonio
Hamilton Marufu, a Lindenwood rugby player from Zimbabwe, died of an apparent suicide on July 28 in San Antonio, Texas, where he worked.  Marufu was an international business major and had only one semester left to complete his degree.

“He will continue to shine through everyone he met because people as amazing as Hamilton never truly leave us,” said Mary Helen Walton, Marufu’s girlfriend.

After his death, Marufu’s former teammate set up a GoFundMe page to send his body back to his homeland.  The campaign raised more than $12,000.  A memorial service was held for Marufu in the Cultural Center in September.

Coverage of his death by Raineri and Culture Editor Megan Courtney got almost 10,000 views.


The Legacy magazine gets pulled
Dr. Joseph Alsobrook, dean of the School of Arts, Media and Commmunications announced that Lindenwood would no longer fund printing of the Legacy student magazine in a meeting on June 29.

The Legacy, the campus newspaper for over a decade, switched to a magazine for the 2017-18 academic year and printed its last edition in April.  The staff had taken home 16 awards at the Missouri College Media Association conference in 2018, including for investigative stories about sexual assault and mental health.  It also won two national writing awards at the College Media Association’s conference and was named a finalist for best news magazine in a seven-state region by the Society of Professional Journalists’ Mark of Excellence Awards.

Alsobrook cited cost of printing and the need to transition to “multi-platform converged publication” as reasons for the cancellation.  Over the summer, the journalism lab was moved to a converged media space in McCluer Hall from the Spellmann Center.

A story on the cancellation by Raineri got more than 6,000 views on Lindenlink.


Sierra Way Foundation keeping memory of fallen student alive
In July, the first Sierra Way Day was held in memory of a Lindenwood student who died in a car accident near her hometown of Foley, Missouri, in 2017.

Sierra Wilder, a member of the Delta Zeta sorority, died after finishing her freshman year as a public health major.

After the loss, her family set up the Sierra Way Foundation to “use the lessons that Sierra taught us to build people, families and community,” according to the group’s Facebook page.  Wilder’s mother, Shanna Shipley Wilder, said the event raised $11,558 for the foundation.


Professor whose words were used to cut Legacy magazine never read one
When Lindenwood defunded the Legacy magazine in June, administrators cited a 2016 review of the journalism program by Drake University professor Jill Van Wyke.  But when Editor-in-Chief Mitchell Kraus called Van Wyke, she said her report was misinterpreted.

“I did go back and re-read my report, and I don’t find anywhere in there where I call for the elimination of the print platform,” Van Wyke said. “It’s a 26-page report, and I refer repeatedly to a future of Lindenwood student media that includes print.”

In a meeting on June 29, Dr. Joseph Alsobrook, dean of the School of Arts, Media and Communications, gave the Legacy a one-page excerpt from the report which recommended emphasizing online and multi-platform journalism.

The article by Kraus got almost 5,000 views on Lindenlink.

The growth could have turned into mold if left untreated, according to the article by Courtney, which got more than 3,000 views.

After the microbial growth was found, Lindenwood hired a company to clean the ducts and make sure the air quality was back at the right levels.


20 years later, the story of Lindenwood’s only homicide
Also this year, the cover story from the April edition of Legacy magazine became the top story on Lindenlink of all time, currently standing at nearly 100,000 views.

The article by Ashley Higginbotham remembered the 20th anniversary of the only homicide on campus, the grisly murder of 13-year-old Tiffany J. Sabourin in 1998.


Student charged with felony invasion of privacy released from jail; victim speaks out
In February, Xavier Boland, then a member of Lindenwood’s track and field team, was charged with three counts of felony invasion of privacy for secretly recording his roommate having sex with two different women.  Boland, originally from Jamaican, also allegedly sexually assaulted one of the women he filmed.

After he was released on $15,000 bail in March, his alleged sex assault victim spoke to Raineri anonymously about her story. This article has over 9,000 views.

Boland was later charged with this sex assault and also faces charges for a separate rape in October and is now in St. Charles County Jail.


Opinion
Censorship is a four-letter word
The top opinion article of 2018 was was a staff editorial condemning Lindenwood’s decision to cut the Legacy campus magazine.  The editorial was posted a day after the cancellation was announced, and it now has almost 10,000 views.
LU’s reasons for cutting print magazine don’t hold up
The second most-read opinion of 2018 was another staff editorial about the cancellation of the Legacy.

The July 11 article, which has nearly 2,000 views, argued that working in a print publication is still an important part of journalists’ education and that Lindenwood’s claimed reasons for cutting the magazine – to reduce expenses and modernize the educational experience- don’t stand up to scrutiny.

When finals are just around the corner
Fall semester, Lindenlink also published weekly editorial cartoons by Design Chief Kat Owens.  The most popular of these was posted Nov. 30 and got more than 1,700 views.


Sports
April Larson: from the professional billiards world to Lindenwood
The top sports story of 2018, which is also the second-most read sports story of all time, was a profile of billiards player April Larson by Mina San Nicolás Leyva.  This article has more than 8,000 views, also making it the third most-read article on Lindenlink this semester.

Larson, a freshman from Minnesota, has won the junior national billiards tournament five consecutive times, and she has also played internationally from China to Austria.


2018 Homecoming court, King and Queen, announced
The most-read culture article of the fall semester listed the nominees for Homecoming court and the Homecoming King and Queen.  This October, Anise Glen and Stevie Armani Johnson were selected as Queen and King, which got more than 3,000 views.
Multimedia
Top spots to drop
The most-read multimedia post of the fall semester was Multimedia Producer Kayla Drake’s opinion piece on the “Top Spots to Drop” on campus.  Featuring an interactive map, the article ranked the best restrooms at Lindenwood, and got more than 1,000 views.
Tatted: African American woman finds her voice
Fall 2018 also saw the start of podcasts being sponsored by Lindenlink.  Among these was Tatted, a weekly series hosted by Drake about the story behind students’ tattoos.

The podcast episode to get the most views on Lindenlink was an episode of Tatted from November with junior Alyssa Hawkins, vice president of the Black Student Union.  This post got more than 850 views.


The Booth Review: Ep 1
However, the podcast episode which was the most listened-to on Soundcloud was the inaugural installment of The Booth Review, which got more than 335 plays.  The Booth Review is an unscripted weekly podcast hosted by reporters Dominic Hoscher and Jack Leach covering professional sports news.
Theater fraternity produces five shows in 24 hours
The top story in the multimedia section overall for 2018 covered theater fraternity Alpha Psi Omega’s annual event where students put together original plays in under 24 hours.  Written by Kraus, the post included a video and has over 2,000 views.
Wizard World Comic Con takes over St. Louis
In February, two staff members visited the Wizard World Comic Con in St. Louis.  Lindenlink’s multimedia coverage of the event is the second highest read multimedia post of 2018 with almost 1,400 views.
Delete Image
Align Left
Align Center
Align Right
Align Left
Align Center
Delete Heading