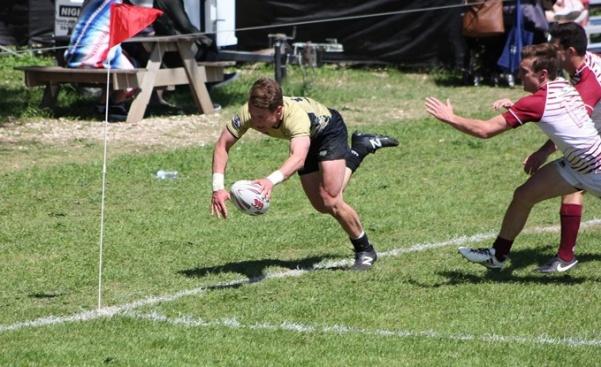 The Lindenwood men’s rugby team travels to Texas for a couple of preseason games this weekend.

Thursday, the Lions travel to College Station, Texas to face Texas A&M University at 8 p.m., a team they beat in the postseason last year on their way to another national title.

“We were able to put up a pretty big score against them last year in the playoff game,” Lindenwood men’s rugby head coach Josh Macy said.

Lindenwood defeated Texas A&M 83-12 in the round of 16 in the USA Rugby D1A playoffs.

With the new season underway, Macy said he is looking forward to facing a different A&M team than the previous year in the playoffs.

“I’ve talked to their coach, and they’ve got more athletic every year, and they love the challenge more than anything,” Macy said.

Macy also expects the Lions’ side of the matchup with A&M will bring something different this season.

“This weekend we’re looking to bring a younger group of guys with something to prove,” he said.  “Skyler Mitchell and Emanuel Albert are both sophomores who are really good athletic players we just want to see if they can carry a team.”

Macy said he expects the Lions to compete at a high level, especially the leaders of the team who call the plays.

“We have certain guys that call the plays and run the team out on the field, and we are trying to figure out between Josh Wells and Jack Desmond who is going to take that leap,” he said.

According to Macy, Wells and Desmond will be the play caller one game to see who manages the team better.

Saturday the Lions will travel to Austin, Texas to face the University of Texas at noon.  Macy said he is looking forward to the challenge.

“I don’t know too much about them, if they come out swinging on Saturday I’d love it. The harder it is for these guys the better.”