Baseball falls three times to Lee over the weekend 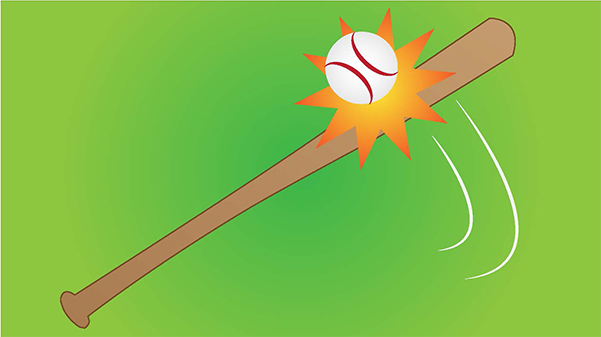 The Lions and the Flames played two games on Saturday and two on Sunday.

The Lions lost both games on Saturday by scores of 5-3 and 6-3. One of the few bright spots for the Lions offense came in the first game with home runs hit by D.J. Miller and Dominic Rivetta.

The Flames’ pitching, on the other hand, started off right with an early win in the year. Sophomore Brandon Thompson went four complete innings with six strikeouts and one walk, while only giving up three hits. From the fifth on, junior Alan Rickman gave up six hits, three walks, and two strikeouts, as well as giving up all three runs the Lions scored, but he also got his first save of the year and secured the Flames’ first win.

Starting pitching was strong in Game Two after a bit of a rough start for the Lions, but the bats did not come to life in the 5-3 loss against the Flames.

Starting pitcher for the Lions in Game Two was sophomore right-hander Tyler Cassmeyer who was recently named NCBWA preseason all-region pitcher. He went 4 1/3 innings with four walks, five strikeouts and four earned runs on three hits. After Cassmeyer, junior Eric Hipp came in and pitched one complete inning and recorded one walk. Finally, after him, freshman Brody Roach came in and recorded the final two outs of the game where he recorded two strikeouts, with zero earned runs or hits.

Sunday was a new day for Lindenwood as it started the day winning their first game by a score of 11-3. Lindenwood scored first in the second inning and then again in the fifth and never squandered the lead. The sixth inning was a huge boost for the Lions as they ended up scoring nine runs in that inning while recording nine hits and even leaving the bases loaded to end the inning.

As for pitching, Jacob Thompson threw five scoreless innings and had five strikeouts and only gave up one hit. This pitching performance was the kind of start that Lindenwood needed to get back on track.

Game Two on Sunday was whole different game. There was only one run scored in favor of the Flames, who scored in the eighth inning on a solo homerun from junior Ryan Beamish.

The Lions had solid starting pitching from Blake Beckmann, who threw three scoreless innings with three strikeouts. Eric Hipp came in relief for the Lions and gave up the only run of the game in his last inning of work.

The Lions will hope to continue pitching well this weekend in Clinton, Mississippi as they take on the Mississippi College Choctaws.