Men’s rugby goes undefeated for the weekend against Clemson 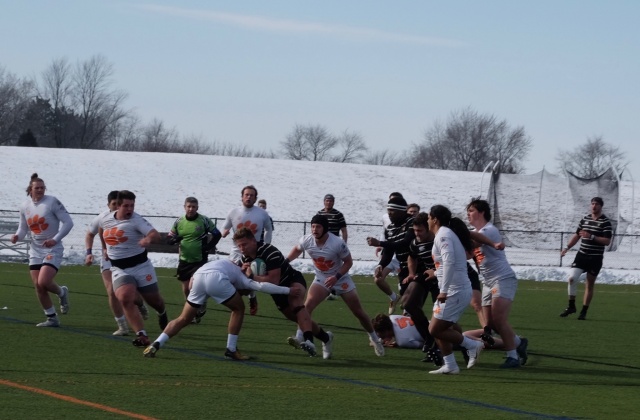 Wesley White gets tackled during the Lions' victory over Clemson University on Saturday afternoon.
Photo by Lorrie Macy

“Clemson was their normal physical, and chippy selves, but we came out with a lot of skill,” he said.

According to Macy, the Lions stepped up in a huge way defensively on Friday night. The defense helped lead the team to victory by holding Clemson to just three points.

“Cristian Rodriguez was seemingly everywhere on the field, and had several quick line breaks that led to tries,” Macy said.

Macy said he was pleased on how it was a true team defensive performance in the win Saturday.

“Michael De Waal had a stellar defensive effort,” he said. “Getting players on the ground quickly so our defense was always fresh.”

The weather did not stop the Lions from competing at a high level, the players did what it took to have the game completed Saturday, according to Macy.

“It took a lot of work to be able to play those matches,” he said. “Players who were injured Friday and couldn’t shovel, brought food for the guys who were healthy enough to shovel.” “It was a testament to how much they care about the team’s success.

The next game for Lions will be against Life University on Feb. 23 in Marietta, Georgia.