Exercise science lab acts as a ‘consumer watchdog’ through experiments 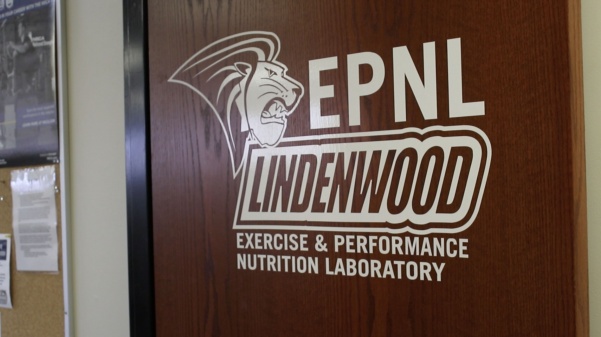 The Exercise and Performance Nutrition Lab conducts studies every semester and is located in the Field House.
Photo by Kayla Drake

One program at Lindenwood is aiming to debunk false nutritional claims and discern which supplements are effective.

“There’s a lot of interest in performance, so I think the lab many times can help consumers, in sort of like a consumer watchdog role,” said Chad Kerksick, director of the Exercise and Performance Nutrition Lab.

The EPNL looks like a combination of a gym and clinic. A rack of weights stands over a bench, while blood samples and respiratory devices are in the corner.

At first glance the equipment looks normal, but the computers and cords attached give away the real purpose of the lab.

“Our goal here is to be – for the St. Louis, St. Charles communities… a resource about health, exercise and nutrition,” Kerksick said.

The lab moved onto campus into the Field House two years ago. Since then, Richard Stecker, the lab’s coordinator, estimates EPNL has completed about 15 studies.

All of the studies are conducted by graduate students as part of their theses.

“[The lab is] my most powerful teaching tool,” Kerksick said. “I can walk in there and within one conversation I can talk to a student about research methods, cardiovascular physiology, nutrition, chemistry and statistics. All in a series of three or four questions.”

Studies at the lab can range from three weeks to a year long. Participants range from people in the St. Charles community and surrounding areas, to athletes and entire teams at Lindenwood.

Kerksick said a majority of the studies the lab completes are based on existing studies or questions they propose.

But the lab also looks for external sponsors that provide grant-funding. If the grant is large enough, participants get paid.

As a result, sponsors sometimes pay to have their products tested. Kerksick said studies have a double-blind protocol and if needed, a placebo to maintain ethical practices and not skew data.

The lab also holds final authority on all of its data.

“All of the research agreements that we sign with the university, it’s clearly stated… that we own the data,” Kerksick said.

In the past, the lab has studied Beta-Alanine supplements and tracked athletic teams for an entire season.

The lab not only has equipment that can scan an entire person’s body composition, but also it has a heat chamber and the capability to take plasma, blood and fecal samples for studies.

Stecker, the lab coordinator, said the studies enable the lab to contribute to science literature.

“There’s a big taboo on supplements or nutrition or what you should do and what you shouldn’t do, what the current broscience tells you,” Stecker said. “[We’re] able to do studies here, have science to actually back what we’re saying, and not just this guy at the gym saying this supplements good for you.”

Within the last two years, EPNL has been published in two separate scientific journals for experiments on protein energy levels and a study on the women’s lacrosse team.

“We can improve health of the world in general with what we’re able to put on paper here,” said Riley Stefan, an undergraduate research assistant.

Currently the lab has four studies going on, including how caffeine affects exercise and genetic influences on athletes.

This semester ENPL has five studies they are actively recruiting for. The lab is looking for 11-50 participants per study, but it’s hard to find them, Stefan said.

“We could have hundreds of people come in the door to try to qualify for a certain study, and we are lucky if we get like 30,” she said.

Those who want to participate in a study can apply here.

Next, the lab is hoping to start its first clinical studies with prostate cancer patients, according to Kerksick.