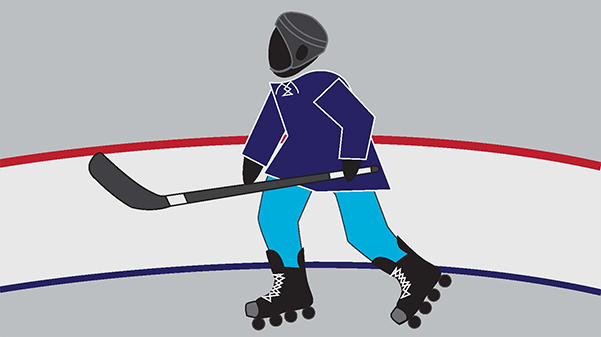 A special season ended in a shocking result, with the Lindenwood Lions falling to Minot State in the ACHA semifinals.

Down in Frisco, Texas, the Lions went into the ACHA men’s division one playoffs as the favorites, sporting the number one seed in the tournament. This was earned after a regular season that saw the team lose just one game, and then a conference championship to start off the postseason. But despite receiving a favorable pairing with sixth-seeded Minot State in the semifinals, the Beavers were able to put an end to Lindenwood’s season with a 1-0 victory.

Prior to this round, Lindenwood opened up their ACHA run with 17th-seeded Robert Morris, a team they had previously beaten three times. Their fourth meeting with the Eagles was no different, with the Lions cruising to a 4-1 victory.

Lindenwood was dominant from the beginning, scoring the game’s first three goals. Freshman Ryan Finnegan tallied the first two, finding the back of the net in both the first and second period. Their next goal wouldn’t come until the third, when captain Jake Townsend got on the board. Robert Morris was immediately answered back by the Lions, with Tommy Heinzman finishing off the scoring for the night.

Game two displayed a much different game script, as the Lions just barely scraped past eighth-seeded Liberty. The Flames got off to the hotter start by taking a 1-0 lead, but Lindenwood responded shortly after, with Finnegan tying the game at one-apiece. Fellow freshman Blair Barrows would score later in the period to give the Lions a 2-1 lead.

The number one seed would score twice in the second, with leading scorer Zach Mitchell grabbing the first and Finnegan continuing his torrid pace with his fourth goal of the tournament. That would be it for Lindenwood’s scoring for the remainder of the postseason, while Liberty scored two more times but couldn’t find the all-important game-tying goal, dropping the contest 4-3 to the Lions.

Then it was the Minot State Beavers that awaited Lindenwood, and it would be that same team that would eliminate the Lions. The Beavers scored the game’s lone goal in the first period, locking down the Lions for the rest of the game. Despite surrendering 28 shots, Minot State shut out Lindenwood for their first scoreless game of the season.

The Lions finished the season with an overall record of 31-2, with numerous accolades handed out across the board to go along with a conference championship. But ultimately, the number one team in the nation had fell short of their objective: to win a national championship.