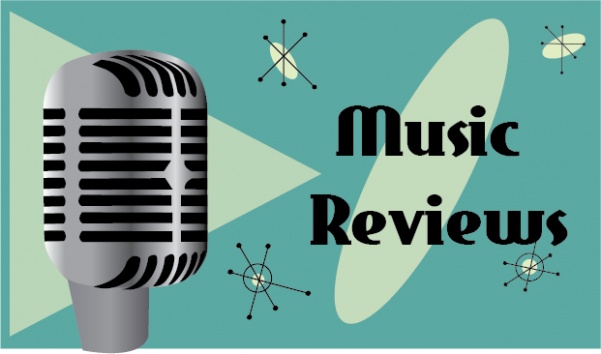 The EP "Strange Love" by Simple Creatures was released on March 29, 2019
Graphic by Sarah Hearn

Gaskarth grew up listening to blink-182, and his band eventually toured with them in 2016 on the band’s comeback “California” tour to support that album. Since then, the two have always talked about collaborating with each other.

The project – Simple Creatures – was officially announced in January of this year followed by the debut single “Drug,” which is the stereotypical pop-punk song about being addicted to someone and their toxic habits.

In an interview with “Kerrang!” magazine, Gaskarth and Hoppus said the song is about “someone or something you want the most being terrible for you,” and that it was the song that “best defined Simple Creatures” because it sounded most like the music that both artists grew up on.

The next song on the EP, “Strange Love,” continues digging into the pop-punk branding that both bands have established for themselves.

The song is about spending the night out on the town and getting drunk in bars, and the idea for it was inspired by how some members from both bands act and live in real life.

“How To Live,” “Adrenaline,” “Ether,” and “Lucy” all follow the overarching theme of the EP: girls, love, wanting to be young forever, and paying dues to the songs that both bands have been known for.

There is another EP and a debut full-length album on the way for Simple Creatures, the second EP is named “Everything Opposite,” which will be out later this year, and the album does not yet have a name or a release date.

Hoppus and Gaskarth have both said that more Simple Creatures music will be out after All Time Low and Blink-182 release music, which is also set to be out this year.

“Strange Love” can be streamed on all music platforms, and can be purchased from the band’s official website by clicking here.

The track-listing for “Strange Love” can be found below.