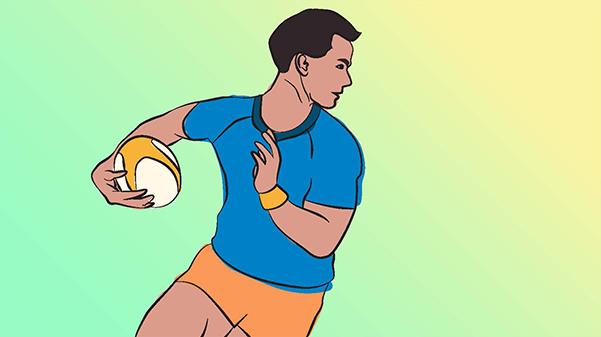 Men’s rugby is set to face No. 1-ranked Life University in the East Regional Final Saturday at Lupo Field in Marietta, Georgia.

The winner of the match will have a spot in the Division I Rugby championship.

The Lions advanced to the regional final last Saturday after an impressive defense performance in their 22-18 victory over Arkansas State in the East Region Semi-finals.

The Lions avoided losing three straight matches to Life by beating them in the Rugby Cup Semi-finals in last season’s playoffs by the score of 17-7 at Talen Energy Stadium in Chester, Pennsylvania on June. 4.

Men’s rugby has faced Life twice this season and lost both matches. The Lions lost to Life 22-11 on Feb. 23 at Lupo Field. They then lost their second match against Life this season by the score of 47-6 on March. 23 at Hunter Stadium.

Coach Josh Macy said the Lions have to play their best match of the season and stay disciplined in their gameplan in order to advance in the playoffs.

He said the Lions were not careful with possessing the ball during their two losses against Life earlier this season.

“More than anything we need to make sure we are not giving up silly turnovers,” he said. “We need to play rugby in a way that puts us in a position to succeed instead of taking a lot of unnecessary chances.”

Men’s rugby will face Life University Saturday at 5:30 in the East Regional Final at Lupo Stadium.