Lindenwood Belleville campus will no longer offer undergraduate programs after 2020 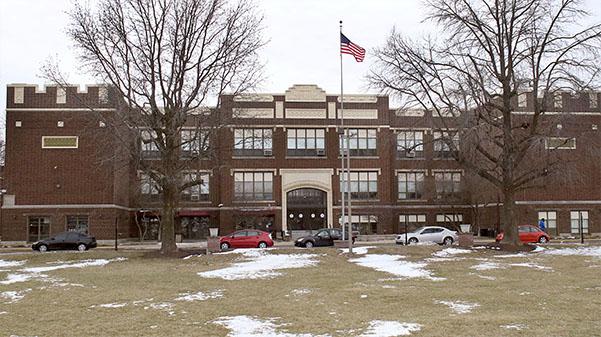 After 2020, all undergraduate programs on the Belleville campus were consolidated to the St. Charles campus.

After months of debate, the Lindenwood University Board of Trustees decided to cut all undergraduate programs from the Belleville campus, effective in May 2020.

Director of University Relations Chris Duggan said 78% of students at the Belleville campus were athletes, which results in a heavy discount rate and less revenue.

In the last few years, the Belleville campus was spending $2.5 million dollars more than its revenue, creating a deficit, according to Duggan.

On top of that, outdated facilities call for over $25 million in improvements.

Former Belleville Student Government President Austin Bearden said the board met with student officers near the end of 2018, asking them to brainstorm ways to increase retention rates.

“It was almost like they were grabbing at straws,” Bearden said about the board.

Bearden said he would often question if he was getting the discounted version of Lindenwood because of the significant difference in campus resources between Belleville and St. Charles.

“I think looking at [the Belleville] campus they would call it a failure,” he said.

“It’s just not fiscally possible or responsible to continue operating the undergraduate program at Lindenwood Belleville.”

Belleville athletic teams were given the option to continue competing next year, but the men’s ice hockey team and the swimming and diving team were cut.

Men’s ice hockey Head Coach Lindsey Middlebrook, who learned the team was cut Monday, said he was shocked and spent the afternoon sending out emails to his players.

Kellan Murray, a baseball player going into his senior year, is a 100 credits into his degree, with two semesters left. He said Belleville was the only school that offered him an athletic scholarship.

“Knowing that I only have one year left, it hurts. It hurts not just for me, but for the other players on my team. Freshmen going to be sophomores; they no longer have anything to play for,” Murray said.

“We have kids from all over the world at Lindenwood Belleville and now kids are going to have to call their parents and say ‘I need a new school to go to,'” he said.

Murray now has a little over two months to decide where he is going to school next year, but doesn’t know if he wants to go back to Belleville.

“Knowing that [Belleville is] closing down it doesn’t feel like a home, it feels like a shack,” he said.

He said his biggest concern is maintaining his credits, but he would also like to play baseball if he can find another scholarship.

Although, Vice President of Enrollment Management Terry Whittum said at the faculty meeting all Belleville athletes will keep their scholarship packages until they graduate, even if the student is not competing in a sport.

“We are honoring every single dollar,” he said.

Whittum also said all Belleville students are guaranteed a spot in St. Charles campus housing for the next academic year.

Lindenwood University’s Board of Trustees has voted to cut all Belleville undergraduate programs starting after next year.

Students from both St. Charles and Belleville campuses were notifed by email Monday morning from Board Chairman J. Michael Conoyer and Interim President Art Johnson. This announcement comes a day after graduation ceremonies.

Instead, the 20 majors offered at the Belleville campus will be consolidated and offered to students at the main St. Charles campus.

As of fall 2018, 1,254 undergraduate students were enrolled at the Belleville campus. After next year, students will either need to transfer to the St. Charles campus or to another university.

After 2020, the Belleville campus will continue its graduate and evening programs. As of fall 2018, the campus had 165 graduate students and offers four graduate degrees.

The university said both admission and the same financial aid packages will be offered for undergraduate students – including athletes who transfer from Belleville to St. Charles.

It is still unclear whether Belleville athletes will be accepted onto St. Charles teams. Vice President of Athletics, for St. Charles, Brad Wachler has not responded for a comment.

Conoyer attributed the undergraduate changes to “financial and enrollment challenges” and said the board has spent “months of exploring options for the Belleville campus.”

This decision also comes after the Belleville president, Brett Barger, was placed on leave and then resigned in January. Three weeks later, Michael Shonrock, the St. Charles president, was fired, resulting in Art Johnson, replacing him as interim president of both campuses.

International student’s immigration status will not be affected if they choose to transfer to the St. Charles campus. But they will need to contact the Office of Admissions and Services for International Students to update their I-20.

Duggan said he cannot give a number as to how many faculty will be laid off, but confirmed there will be layoffs.

In response to the decision the university created:

A page on the website with FAQsA student hotline 1-833-416-3113, where a St. Charles representative will answer the phoneAn email [email protected]

Conoyer said in the email this decision “will allow all Lindenwood students to have the best on-campus experience and access to our full range of academic programs.”