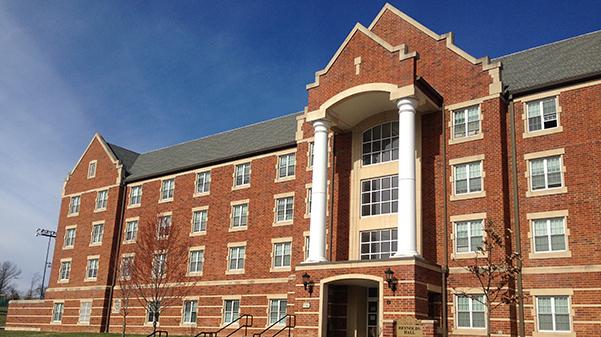 When area coordinators met with Interim President Art Johnson and other employees in April, Lindenwood decided current employees would be exempted from a new policy which prevents ACs from living with their families.

However, the fate of new hires remains up in the air.

ACs are full-time employees of the university who are required to live in the residence areas they manage on campus. The employee handbook was changed in February to prohibit ACs from having family members, like spouses or children, live with them in residential housing. Previously, Lindenwood allowed ACs to live on campus with a spouse.

After the change, 10 of the 12 ACs signed a formal complaint to vice president of human resources Deb Ayres.

The employees claimed the rule was changed because one AC, Chelsie Bartley, was pregnant. They said the new policy was discriminatory to women and families and “inconsistent with the university’s mission and values.”

However, Ayres said the reason was that Lindenwood does not have money to house employees and their families in an email she sent to ACs.

On April 9, the president met with 26 other employees, including all 12 ACs, according to an email from Jessica Leong, spokesperson for the ACs.

All current ACs will be “grandfathered” in to the old policy which permitted them to live with their spouses.  Leong, an AC for the Linden Terrace area of housing, added that the university is still preparing a plan for what will happen for ACs hired after February 2019.  “We think the meeting was a combination of our efforts and administration’s desire to do what is right,” she wrote.  “You can’t always get everything right the first time, but going back to the drawing board is how you move forward.”