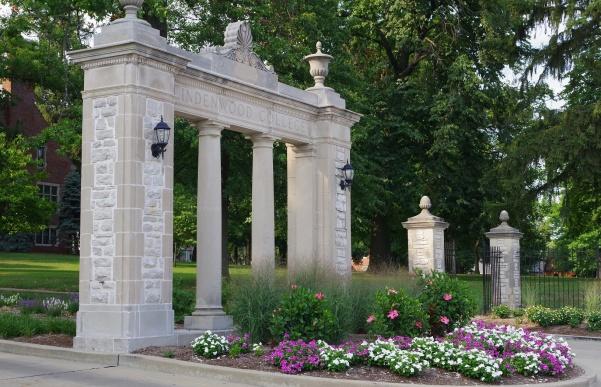 A stone gate to one of the entrances on Lindenwood's St. Charles campus.

Lindenwood officials are in the final stages of finding a new president to lead the University.

The list has been narrowed to three finalists, and a new president is likely to be hired within the next couple of weeks, according to interim President Art Johnson.

The makeup of applicants

In a faculty meeting on May 13, Johnson said two Caucasian men and an African American man are the finalists.

All three vary in experience. One is from the academic world, one’s resume is a “hybrid” of the business and education sectors, and the third is a businessman, Johnson said. No further details were given because Johnson said all candidates are currently working and need to remain confidential.

A representative from a search firm was hired to look for candidates. The top skills administration and the Board of Trustees were looking for was leadership and “impeccable honesty,” according to Johnson.

Board members, faculty and the Lindenwood Student Government President were involved in interviewing applicants.

In February, Johnson, then the vice chairman of the board, was temporarily selected as president, a week after Michael Shonrock was put on paid leave.

Shonrock was later fired for reasons still undisclosed by the university.

Students and faculty questioned the administration’s decision, as Johnson does not hold a college degree. But he did retire from AAA, a car insurance company, as CEO in 2013.

But Lindenwood has never had a minority president; all have been Caucasian.

When a faculty member asked about the makeup of applicants, Johnson said no discrimination took place.

“We didn’t exclude anyone of any race or any gender for any reason, what we looking were specific qualifications,” Johnson said. “If they didn’t have the qualifications – they didn’t make it to the final three.”

The new president is expected to take office on July 1, according to Johnson.