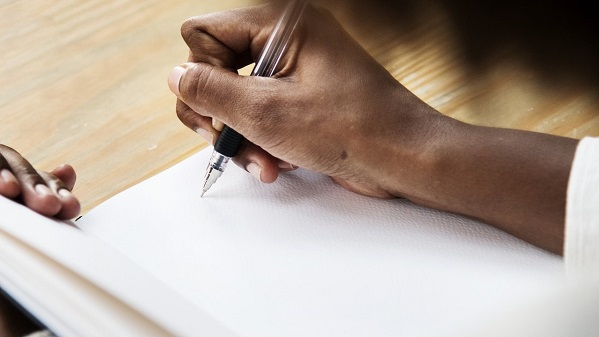 A disappointed senior expresses her frustrations about her major being cut.
Photo from Pixabay

Editor’s note: Stefanie Hammond graduated from Lindenwood in May 2019.

During her time at Lindenwood, her major, creative writing, was discontinued. It is now a minor or emphasis for an English degree.

The administration promised Hammond and her peers they would provide the necessary courses so the students diplomas would still read “creative writing.” However, that did not happen.

Hammond submitted this letter to Lindenlink after her capstone class was cancelled. She said it was her last straw after professors told her nothing could be done.

To Whom It Should Concern,

It must have been the tall, brick buildings and low-hanging trees, that disturbed my vision. Under snow-covered winters, you were Narnia. I was drawn in. Vintage air filled the halls of Roemer while the sounds of education echoed. I was hooked. The booming voices of professors spewing their life’s education in fifty minutes. I was Will Hunting, and Lindenwood, Robin Williams.

I wanted this. All of it. I had made decisions.

My motivations were rooted in the growth of my craft. Yes, there existed a need for validation; a desire to hear someone say it was possible, but mostly I wanted the nuts and bolts. I wanted to know how to make words magically move on the page. How to take a reader through a plot without letting them trip over unneeded details, ensuring they wouldn’t quit on me entirely. I wanted to know how to publish, where to publish, and when to publish. I wanted guidance and feedback and knowledge.

This was advertised. Publicly.

Classes that seemed like deep breaths of fresh air for writers, were canceled due to lack of enrollment. Five filled seats were not viewed as enough to float a class. Five living, breathing, and thinking students were not enough. Five young minds wanting to expand with rhythm and cadence were not enough. Five paying customers were not given what was promised. They were made to feel as if they didn’t matter. As if some quota must be met before they can be invested in, effectively communicating that we aren’t half-empty capsules to be filled with knowledge.

We are signed checks.We are new letterhead and building renovations.We are freshly paved parking lots.We are pristine computer labs.We are reduced to dollar signs.

Writer’s Market was a ghost. A spirit of market navigation that was never seen. We spoke of it like a missing child on the back of a milk carton; in hushed, disappointed tones.

Literary Craft for Writers was a fallacy. Something I excitedly scribbled on a piece of paper at my kitchen table. I was illuminated by the thought of putting pen to paper and imitating the greats regardless of how impossible it sounded, but that thought never left my kitchen table. It stayed there on a pink post-it.

Advanced Poetry was a flighty friend. Purchased books and syllabi weren’t enough to secure a meeting. Twice it was a no call, no show.

Seminar in Writing was the big fish. A culmination of all we learned; it was to cap our entire experience, leaving a freshly tied bow on a pile of pages. Seminar was the one that got away, but not before losing a bit of flesh in the fight. Our forearms ached from trying to reel that one in; a reminder of how close we were.

In small spaces, I find comfort. My pen glides easier. There is value in having one professor’s attention on five students. Less moving bodies, means more visibility. Attentive eyes on student’s work. In the writing community, small is valued. Five seats filled means intimacy and trust can be built, allowing for an individual to feel truly seen and appreciated. Five seats have worth.

Gone is the whimsical campus I had once walked across. Now I see Advanced Poetry, Writer’s Market, Seminar in Writing, and Literary Craft swinging from the tips of thin branches, dangling like cat toys. They are fishing lures, used to hook and snare.

“I’m sorry that class is not offered this semester, but here, take Shakespeare.”“Can I write?”“Yes, of course, academically.”