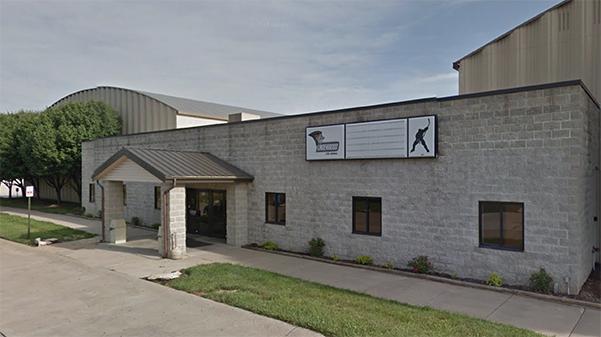 The Lindenwood Ice Arena, located in Wentzville is home to both the men's and women's hockey teams.
Screenshot taken from Google Street View

With a sale price of $2 million, the Lindenwood Ice Arena was sold to the city of Wentzville during a meeting on June 12.

Now both the men’s and women’s hockey teams will look forward to competing in the Centene St. Louis Community Ice Center, which is the same practice rink for the Stanley Cup champions St. Louis Blues.

The Lindenwood Ice Arena purchase was approved by the Wentzville Board of Aldermen and the city will pay $100,000 annually in the course of 20 years.

The arena was home to the Lindenwood men’s and women’s ice hockey team since 2004. The 70,000-square-foot arena also has two regulation ice rinks that served for practices, competitions and public skating sessions and hockey programs for youths.

The new 277,000-square-foot ice arena, Centene Community Ice Center, where both Lindenwood teams will practice is set to open in September in St. Louis county’s Maryland Heights, only 11 minutes away from school.

Junior Caleb Ernst, a right wing for the Lindenwood men’s hockey team, expressed his excitement to practice in an ice rink that is closer to school.

“The rink will be great for Lindenwood and the community as we hope to create a great atmosphere in an outstanding facility,” Ernst said. “[And the new rink] will allow our teams to get more done in our days after practice.”

Along with the Lions, the St. Louis Blues and Lady Cyclones will practice and compete in the new facility.

“The St. Louis Blues being my favorite team and now getting to watch them practice and putting in the work in the same arena they are is a pretty amazing feeling,” Ernst said.

As far as the coming season Ernst said expectations for the team will be high.

“Speaking on the teams behalf, we all will have a chip on our shoulders as we had such a good season but with some unfinished business,” Ernst said. “With the group of veterans we have returning from last year, and our freshman turning sophomore and a couple new recruits, should be a very promising year.”

Last year the men’s team finished the season with a record of 31-2 and seemed unstoppable, but lost in the semifinals of the ACHA National Championship.

Like Ernst, Lindenwood women’s ice hockey goalie Sophie Wolf expressed her excitement for the new ice arena as well as practicing alongside the Blues.

“We will be able to watch [the Blues] practice and see their routines and what they do, and hopefully get to meet some of them,” Wolf said.

Another addition to the new ice arena that the Wentzville rink didn’t have, is women’s locker rooms near the benches behind the ice. In the Wentzville rink, the women’s dressing room was located in the hallway of the arena instead of the actual rink.

The women’s team finished with an overall record of 7-22-4 and are starting next season with a new coach, Shelley Looney. Former Olympic gold medalist for USA Hockey, Looney also has experience coaching for USA national teams. Former head coach, Scott Spencer was let go after five seasons with the women’s hockey team in April.

With the addition of Looney to the coaching staff, Wolf said the women’s ice hockey team is keeping an open mind and looking forward to a great season.

“I am super stoked to have Shelley Looney as our new head coach because she is a female coach who has played at the Olympic and NCAA Division 1 level before,” Wolf said.