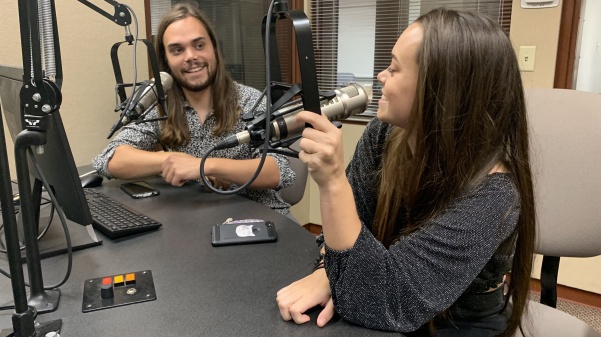 From left: Chris and Jocelyn Arndt talk about their national tour in KCLC studios on August 27.

Tune in to hear Jocelyn and Chris Arndt talk on KCLC, Lindenwood’s radio station, about how they went from siblings to bandmates and their national tour. They formed in 2013 officially and released a new album called “The Fun and the Fight” in 2019.

The band has been featured on Jam in the Van and played at Mountain Jam and other music festivals in 2019. Their style is inspired from their parents huge CD collection they obsessed over as kids. Jazz and classic rock artists like Aretha Franklin and Led Zeppelin influenced and continue to shape their sound.

Also they brag on their cats and talk about what makes a good concert crowd… hint: it’s energy.