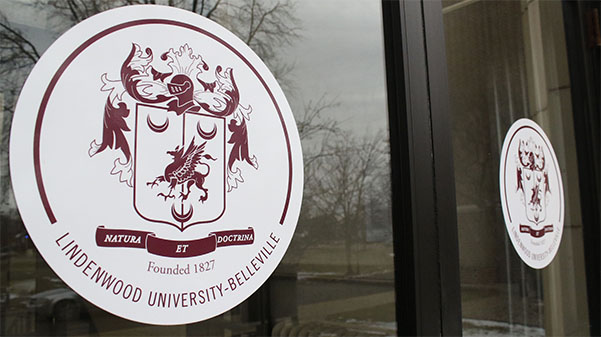 After 2020, all undergraduate programs on the Belleville campus were consolidated to the St. Charles campus.
Photo by Kayla Drake in 2019.

Senior year includes expected goodbyes, but for Carley Stigall, she never expected to say a permanent goodbye to the campus she attended.

After Lindenwood University-Belleville announced in May it would be closing its undergraduate programs indefinitely, being an alumna carries a different weight.

“We’ll never be able to come back to watch another rugby game, soccer, basketball, volleyball, nothing. It’s just weird that everything stops here with us,” Stigall said.

Belleville will end its undergraduate program after spring 2020. The campus was 78 percent athletes, and when that many scholarships are given out, it’s fiscally impossible to sustain a campus, former Interim President Art Johnson said.

“We recognize that 78 percent athletes is not a good model,” Belleville Associate Provost Renee Porter said.

But Porter blames the campus consolidation on the “changing environment” of Illinois education. She said the state has a high percentage of non-traditional students, older than the typical 18 to 21 year olds.

The trouble was finding a way to adapt to the changing environment. Only 10 percent of Belleville students come from the local area, the rest are brought in on either athletic or international scholarships. Belleville now needed to abandon its athletic model and attract older students.

University officials estimated it would take over 25 million dollars to make the Belleville campus competitive, a price tag university officials decided not to pay. Instead, Belleville students were emailed after May graduation, informing them they could either transfer to St. Charles, go to another school or return to Belleville for a year.

Part two: In plain terms, the effects of the consolidation

For Sophomore William Murray, this decision was a no-brainer. A football scholarship from Belleville covered 80 percent of his tuition and when he considered transferring, no university could match the scholarship on paper. But when Murray reached out to the St. Charles football coaches in the summer, they said the roster was full. In total, the football team accepted six players out of a Belleville roster of over 90 players.

“There is a significant jump from NAIA to NCAA,” Belleville Athletic Director Ryan Kaiser said. Therefore, he said, most athletes who transfer to Belleville will not be competing in their sport, except for a handful.

18 teams are still competing at Belleville in NAIA this year. So far, 12 teams have been cut for budget reasons or coaches leaving, Kaiser said.

“I guess you could call this a further off-season,” said Murray, who plans to tryout for the St. Charles football team in the Spring.

As for the 592 students who remain on Belleville’s campus, some are seniors, some have an affinity for their coaches or professors and some are buying more time.

“Our roster sizes are much smaller, so typically it’s not a problem to give a lot of people playing time and a lot of film, so that they can go ahead and use that film and shop themselves to other institutions,” Kaiser said.

In a bizarre way, this has created a free agent market, where coaches will talk to competing coaches about scouting their players.

Senior Carley Stigall, a softball player, said she worries the softball team will be cut because the baseball team was eliminated weeks before the semester started. Currently the softball team is playing with 11 women, including one who has never played before.

Both students who have stayed at Belleville and those who transferred to St. Charles reflect on the family-like atmosphere, where no one sat alone at lunch and professors turned into mentors.

Belleville senior Tiffany Patterson said she has had friends tell her they miss the campus because at St. Charles you’re just a number.

“It’s not as personalized,” Patterson said.

Jason Lively, the St. Charles dean of arts, media and communications, said administrators are going out of their way to welcome transfers.

“We pretty much have bent over backwards to make sure their classes transfer easily, where there is a path towards fulfillment of their degree requirements,” Lively said.

But for 117 faculty and staff, transferring is not so easy.

After Spring 2020, two graduate programs will remain on the Belleville campus: a masters in education and counseling. In total, about 135 graduate students are enrolled now.

As for the St. Charles transfers, sophomore William Murray said Belleville students have gotten even closer as a result.