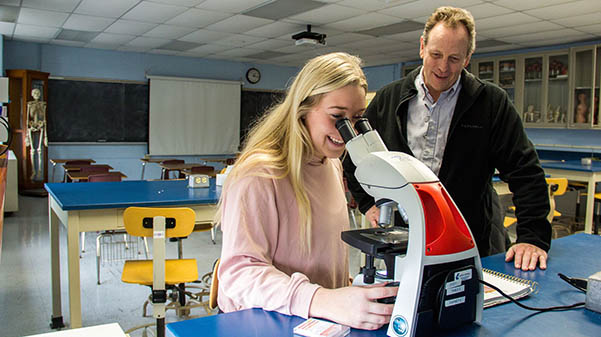 Updated at 8:44 a.m. Thursday, Oct. 10, to include comments from Dean Ricardo Delgado and students.

Dr. C. Greg Anderson, an associate professor at Lindenwood since 2010, died Tuesday, Oct. 1, after he had a heart attack while teaching class.

Anderson, who was 58 years old, was teaching his anatomy and physiology lab and started experiencing chest pain. He excused himself from the class and went to the Dean of Sciences Ricardo Delgado’s office to ask for an ambulance.

Anderson was known as a joker around the department, so Miranda Chaney, the administrative assistant retorted “Oh yeah, why?”

But Anderson was serious. Sweating, pale, ashen, and experiencing chest pains and pains in his arm, he knew he was experiencing a heart attack.

A minute later Chaney called 911 and ran to get Anderson an Aspirin from an emergency kit. Public Security and an ambulance came.

“Within the first 15 or 20 minutes of his heart attack, he was at St. Joseph’s,” Delgado said.

Anderson underwent surgery, received a stent, and then, in his typical humor, sent an email to Chaney that he was bored in the ICU and wanted her to send some papers with his wife so he could get some grading done.

They thought that after a couple days of observation, he would be back home. Home was Young Hall, according to Delgado. But Anderson died after a second heart attack Tuesday night.

“It’s devastating to think he’s not going to be in on Friday,” Delgado said.

A memorial service will be held in the Lindenwood University Cultural Center on Friday, Nov. 8, at 3 p.m.  According to the faculty digest, a fund has been created in Anderson’s memory to maintain the Missouri Native Plant Garden outside Young.  The fund will also go towards a memorial plaque for Anderson at the garden.

Delgado said Anderson was “incredibly dedicated” to his students and to doing research for ecology. Anderson could be seen a couple days a week in jeans and a t-shirt working in the garden in front of Young Hall, drenched in sweat, planting native grasses and pulling weeds.

Anderson was a Navy veteran, he was tough and disciplined, he cussed and always had his office door, Young 212, open to students.

“We were saying today we wish this was one of his off-color jokes that he’s going to walk in and say ‘No, no I’m fine,’” Delgado said.

One of his advisees, Madeleine Marquardt, a biology major, said despite being a tough grader, he provided her with a foundation to learn the material.

“He was a goofball that never missed class,” Marquardt said.

Delgado said they had an ongoing joke that there were several months’ leave between them because they never went out sick. Anderson was the one to take over for a faculty member if they were sick.

“When other people got sick, he would jump in and say ‘I’ll teach the class,’” Delgado said.

As the biology division chair for a period of time Anderson helped develop curriculum and specific tracks like cellular biology within the degree.

Delgado said Anderson saw it as his job to build students’ foundations in anatomy and ecology, so they would be prepared for graduate school or certification tests.

Anderson had been on the faculty council for two years, an organization that takes faculty concerns to administration. Delgado said he was a “driving force” in the council.

Every Thursday from 2:30 to 4:30 p.m., Anderson blocked out time for a council meeting. Delgado said Anderson promoted research compensation for faculty and championed maternity leave.

Adjunct professors are stepping in to teach his four classes and his roughly 40 advisees will be transferred to new advisors.

“We’re going to find somebody to fill the gap, but it’s not a replacement,” Delgado said. “He has been and will continue to be an influence on students.”

In his email about Anderson’s passing, Delgado listed the Student Counseling and Resource Center’s number for students (636-949-4522) and encouraged anyone grieving to make an appointment.

“I really don’t know how to express my sorrow, which I’m sure you share,” Delgado wrote in the email.

For now, Young 212 will still carry the memory of the hard-driving professor that liked to tell stories about flying planes in the military and cared deeply for students. 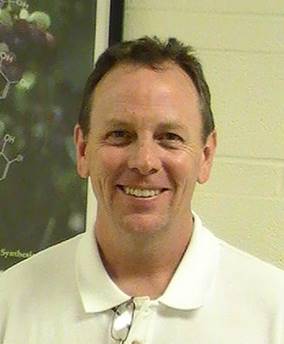