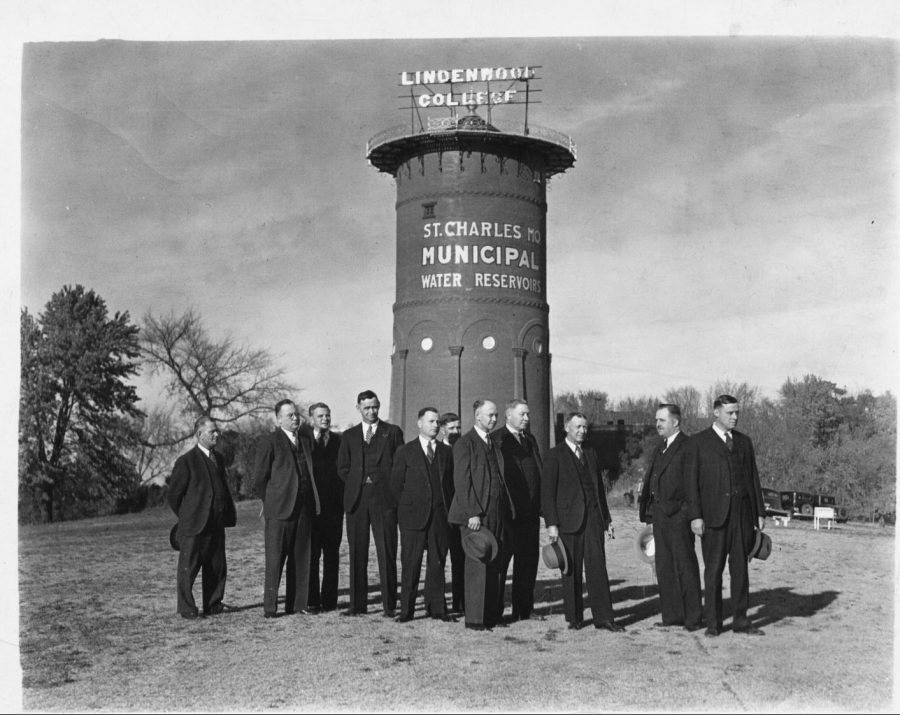 A photo of the old water tower when it held a neon sign saying "Lindenwood College" between the 1920s and 1950s.
Image from the Mary E. Ambler Archives

The old water tower on Lindenwood University’s campus has been around for over 130 years.

The brick structure was built in 1883 as one of the first water towers in the City of St. Charles. In 1971, Lindenwood bought it from the city for one dollar to avoid demolition.

Today, the tower stands near Cobbs Hall and the Spellmann Center, and it is no longer used. Weeds grow from its bricks, and a fence has been put around it to stop students from walking too close.

“Lindenwood was concerned that there were some loose bricks on it that might fall, so they put a fence around it to protect from potential falling debris,” said Paul Huffman, the university archivist and reference librarian.

The old water tower has been deteriorating for at least the past couple decades. In 1997, it was renovated at a cost of $66,000.

According to Vice President of Operations Diane Moore, Lindenwood has asked the city for permission to demolish the tower in the past. It was designated a St. Charles historic landmark in 1980, requiring special approval for it to be torn down.

Old as it is, the water tower has been through a lot in its history.

Huffman said the water tower collapsed in 1896 after a tornado went through the area. It was rebuilt in 1898.

And what is not obvious from looking at the tower’s top, which is encircled by a wrought-iron railing; is that from the 1920s to the 1950s, it held a neon sign reading “Lindenwood College” greeting visitors to campus.