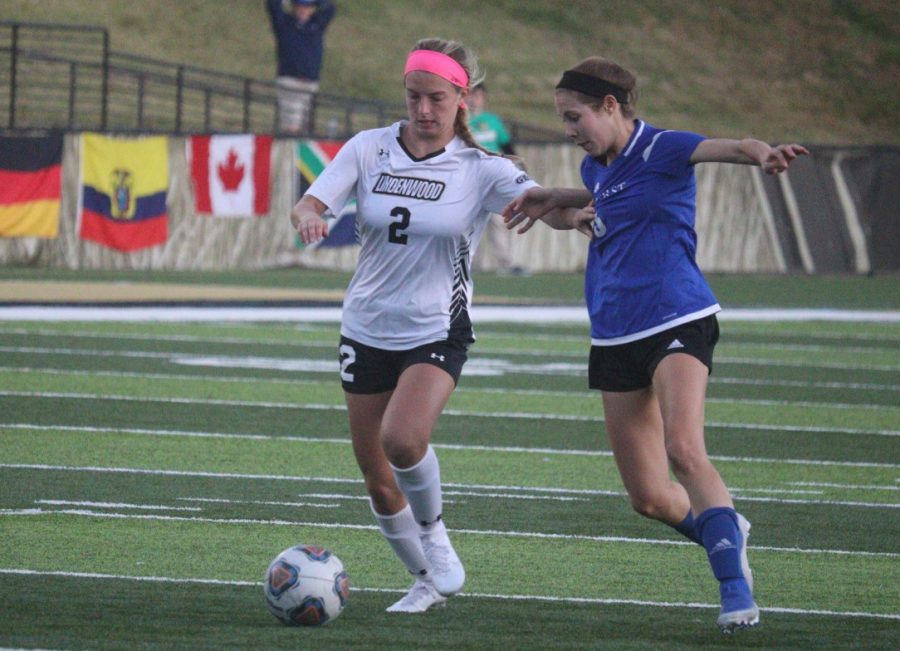 The Lindenwood women’s soccer team came out victorious after facing the Rockhurst University Hawks Friday at Harlen C. Hunter Stadium behind Maggie Miller’s goal in the 53rd minute of the match.

The night was a special one for Lindenwood, as Hunter Stadium was celebrating International Students Night during the game.

“Their really good forwards came at us,” head coach David Musso said. “We had to fight them off and get through their momentum. Our defensive one-on-ones were great; the team defending was outstanding.”

The shutout against the Hawks was the fifth time this season the Lions held their opponent scoreless, improving their overall record to 5-6-1 on the 2019 season.

A struggle throughout the season for the Lions has been consistent play by the offense, having been held scoreless in five matches earlier in the season. On Oct. 13 at Maryville University, the offense scored two goals en route to a 2-0 victory.

“Maryville hadn’t been shut out all season,” Musso said. “Once again, great team defending and great job by our offense to find the confidence as the season progresses.”

Just two days before the Maryville match, the offense once again scored two goals against Missouri S&T, with the match ending in a 2-2 draw.

With the Hawks visiting the Lions at Hunter Stadium, the offense remained confident and consistently attacked the goal throughout the match. That confidence led to Miller’s fifth goal of the season in the 53rd minute.

“What a goal and effort by Maggie to hunt that ball down and concentrate on creating the moment,” Musso said. “We know we are going to defend well.  We just need the consistent offensive attack; our team is peaking at the right time.”