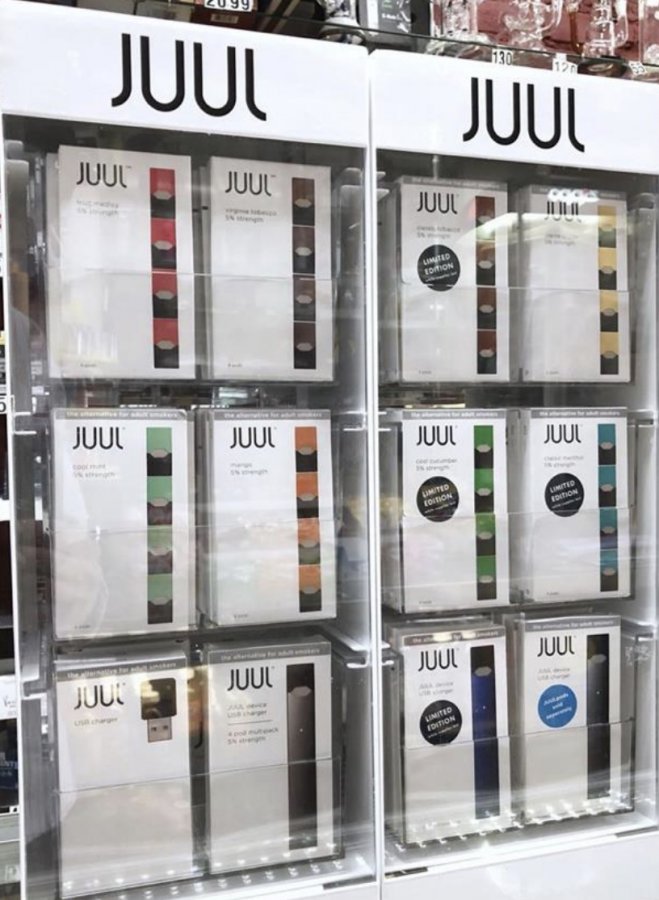 A St. Charles County school district, Francis Howell, filed a lawsuit against the billion-dollar e-cigarette company, JUUL Labs, this month, claiming the company has put a new generation at risk for nicotine addiction.

In the 81-page complaint filed on Oct. 7, Francis Howell claims that school districts are being disproportionately affected by youth vaping.

The same day, three other school districts across the U.S — in Kansas, New York, and Washington — filed a similar lawsuit. The suit has made national headlines because it is rare that school boards are plaintiffs in a lawsuit.

According to the complaint, in the 2015-16 school year, Francis Howell had 54 students disciplined for vaping. But in 2018-19, the number rocketed to 248 infractions and is on track to beat that number this year. A student as young as fifth grade has been caught vaping.

Attorney Cindy Ormsby, with the Clayton-based CHGO Law Firm, is representing Francis Howell, a district of over 17,000 students.

“It’s an extreme effort to stop a problem that they feel like they had no hand in creating, yet the brunt of the issue has fallen in their lap,” Ormsby said.

Francis Howell’s lawsuit aims to get a settlement from JUUL, claiming the district has had to invest over $75,000 in health education, parental outreach, and cessation products to help kids kick the habit. Besides money, Ormsby said administrators and teachers have had to take significant time outside away from the classroom for discipline.

A JUUL e-cigarette is under four inches long, sleek and simple, resembling a USB drive. The nicotine in each JUUL pod is equal to one pack of cigarettes and can be inhaled without interruption, according to JUUL. Francis Howell has hired additional staff to monitor bathrooms and hallways for vaping, the complaint said.

The complaint charged JUUL with eight counts, including gross negligence, racketeering, and unjust enrichment at the expense of the school district.

JUUL is the largest vaping company in the country, forecasted to bring in over $3 billion in profits in 2019, according to the complaint. But JUUL pods have not yet been reviewed by the Federal Drug Administration and are not yet approved by the government agency. Currently, the FDA is investigating JUUL and issued a warning in September to the company for marketing unauthorized tobacco products.

The complaint claims JUUL took “a page from big tobacco’s playbook,” similar to the cigarette industry in the 1960s, and created manipulative marketing to cast their product as “trendsetting and relatively harmless.”

JUUL employed social media influencers, called their product “the iPhone of e-cigarettes” on their website, and equated nicotine to caffeine in Instagram posts, according to the complaint.

“Kids that would never pick up a cigarette are now vaping and addicted,” Ormsby said.

A Lindenwood student who is an alumnus of Francis Howell School District, and requested to remain anonymous, said it was normal for students to use a JUUL – athlete or not, male or female.

“It just felt cool,” he said. “It was something to relieve stress, it was a good way to get a quick buzz.”

In a statement to Education Week, a JUUL spokesman said, “Our product has always only been intended to be a viable alternative for the one billion current adult smokers in the world. We have never marketed to youth, and do not want any non-nicotine users to try our products.”

Ormsby said JUUL advertising itself as an alternative to smoking is just a smokescreen to avoid liability.

“Their excuse that this was meant for adults… to use as a way to get off cigarettes is a little bit laughable considering the amount of nicotine that’s contained in their pods already,” she said.

Wagstaff and Cartmell Law Firm in Kansas City helped Ormsby file the lawsuit, and she said she expects other school districts to follow, as some local representatives have already contacted her.

Ormsby said Francis Howell decided to sue because there doesn’t seem to be an end in sight.

“Even if JUUL were to stop selling today, [students] are still addicted,” she said.

The complaint requests a trial with a jury.