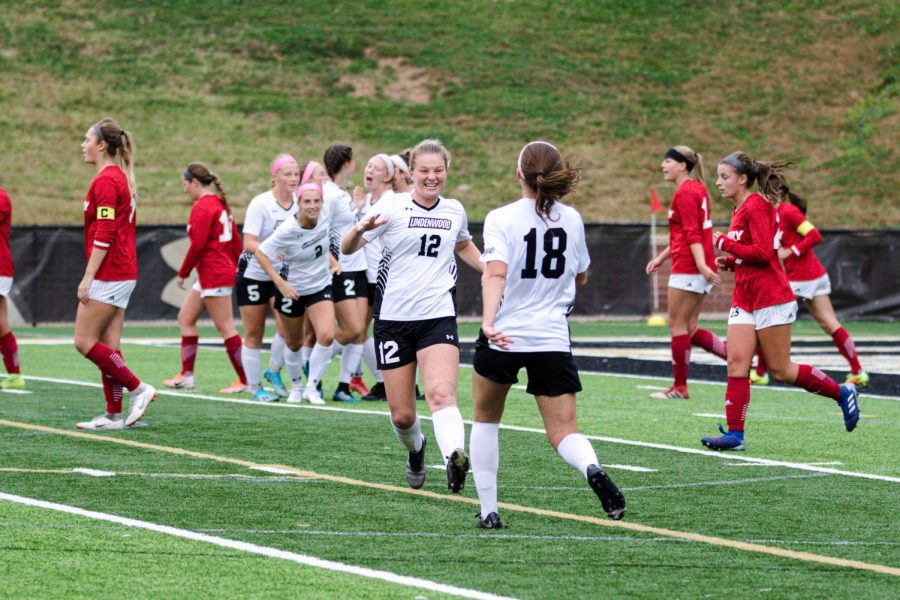 The Lindenwood women’s soccer team won their final two home matches against Drury University and Southwest Baptist University behind the play of the Lions defense.

Throughout the season, head coach David Musso made an emphasis on the defense being the identity for the Lions. With a 7-7-1 record, the seven victories were games in which their defense held the opponent scoreless.

To start their final weekend at Hunter Stadium for the season, the Lions beat Drury University, 2-0, behind first-half goals from Katie Juhlin and Kaleigh Kastberg.

The offense started aggressive, shooting three shots in the first six minutes of play. The attack paid-off in the 19th minute when Juhlin took a pass from Maria Salm and gently tapped it over the reach of the goalkeeper. The goal by Juhlin was her second in the past four games.

In the 25th minute, Alaina White delivered a corner kick to Kastberg who nodded home the header, extending the Lions lead, 2-0. The assist by White was her second of the season, tying her for the team lead.

The defense and goalkeeper Megan Swanson held Drury University scoreless. Swanson picked up her sixth shutout victory of the season.

On Sunday, the Lions would host Southwest Baptist University; the last home game for the Lions this season. In place for Swanson was goalkeeper Lauren Greenstein, who saved two shots during the shutout victory.

Both teams battled at midfield, as the two defenses were unwilling to let the opposing offense create any scoring opportunities. The Lions won the advantage for shots on goal, 3-2, with the payoff coming in the 80th minute when Amanda Orlando buried a penalty kick.