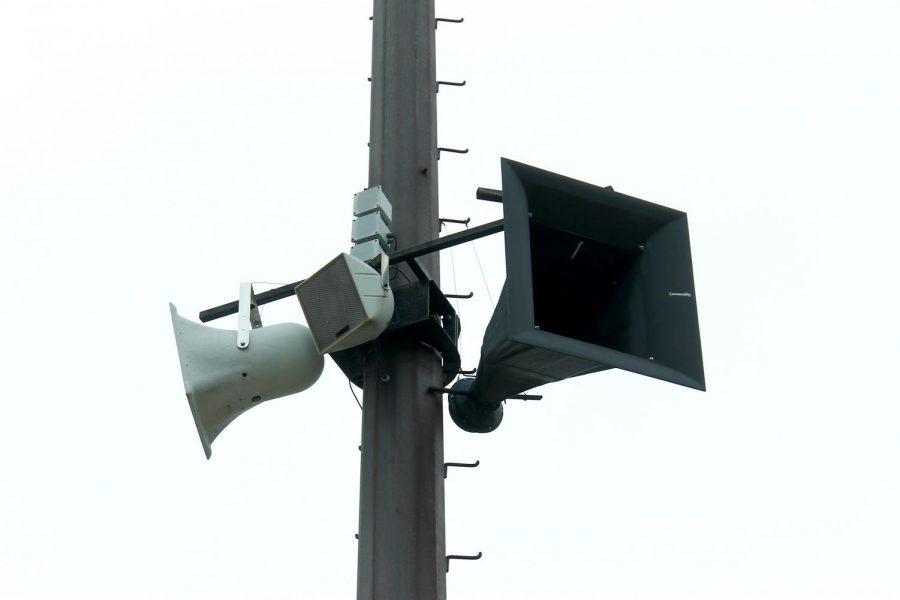 Hunter Stadium speakers have been declining for a few years, but Brad Wachler, vice president of intercollegiate sports, noted this year as being the worst.

Part of the game day atmosphere not only are the players and fans, but also the speakers.

This year the quality of the speakers at the Harlen C. Hunter Stadium has been noted as worse than expected. Although, the speakers have been significantly declining for the past few years, causing issues for announcers and for the nine teams that perform on the field.

“It is very noticeable both when we play music and when the PA announcer is speaking,” Brad Wachler, Lindenwood Vice President for Intercollegiate Athletics, said.

There have been several instances of popping noises, static, and entire audio cuts during play-by-play, music and National Anthem performances.

Voices Only, the a cappella ensemble at Lindenwood, frequently performs the National Anthem at football games, and said they have been greatly impacted by the poor quality.

“It’s all staticky and crackly and it’s not good,” Alexandar Johnson, senior Voices Only performer, said. “It’s especially like that when we sing. Especially recently, we have to expect that it’s going to cut out completely.”

The random static and sudden cuts have been a major inconvenience for the Voices Only group because it is not something they can prepare for.

“We always try to prepare for the worst, but we never know,” sophomore Trisha Tamblyn said. “When it cuts out, we have to raise our volume levels by like five notches.”

The last time the stadium was renovated was in 2004, and Wachler said the speakers are at least 20 years old.

“The change in quality is simply due to the age of the speakers,” Wachler said.

There is no date set for new speakers to be installed, although students and fans eagerly await a replacement for game day.

“They need to throw the whole system away and have it replaced,” Johnson said.

According to Wachler, athletics plans to replace the speakers after this year, though there is currently no cost estimate.