Opinion: Restaurants need to step up their vegetarian game 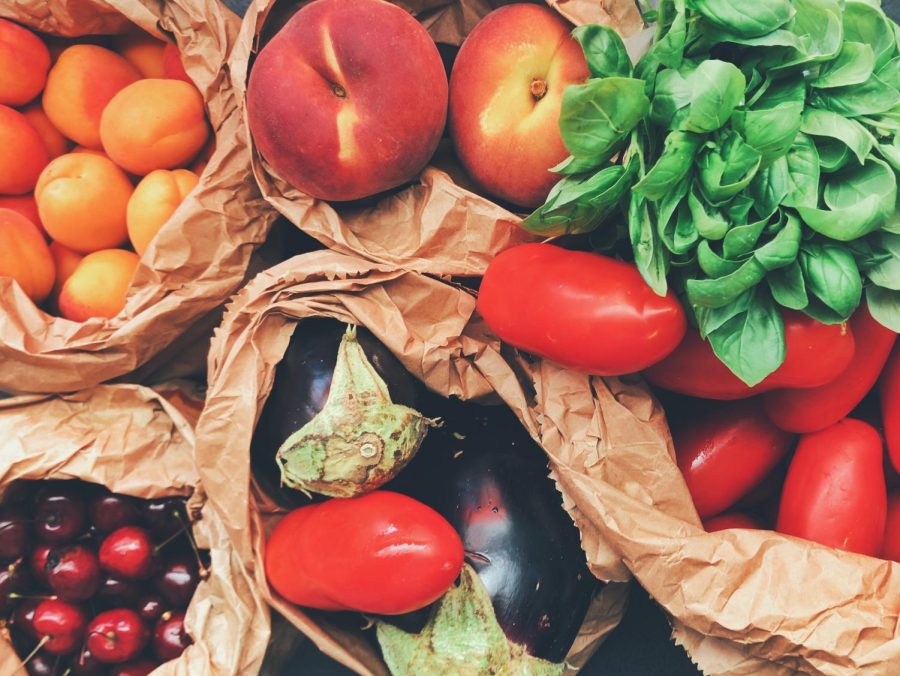 When my friends say, “Let’s go out to eat,” I can’t get too excited because I know my next meal is going to be a black bean burger and fries, or fettuccine alfredo. I’ve been a vegetarian for four years, and my options are limited.

Restaurants in St. Charles do not cater to vegetarians for healthy meals, nor do they offer a variety of meatless options.

I’ve learned to cook at home more often, but it’s been challenging to find a restaurant with solid vegetarian options. According to Animal Charity Evaluators, a non-profit organization dedicated to helping animals, over 13 million people in the U.S. identify as vegetarians.

There’s usually nothing wrong with black bean burgers and fettuccine alfredo, but it’s only stomachable in moderation. Restaurants around the St. Charles area, with the exception of a  scarce few, usually do not contain healthy options for vegetarians at all.
The Stigma
“Where do you get your protein?” and “Is it a health or moral thing?” are both questions vegetarians are asked frequently. The stigma surrounding vegetarianism is mainly misinformation.

I’ve gotten that a few times. However, I’ve always been skinny, my weight has not changed drastically after a few years without eating meat.

Protein is important for the body to create and fix tissue, important for bone strength and healthy blood, according to WebMD. Protein is abundant in meat but is also found in eggs, nuts, beans, soy, and other foods as well.

Many people have trouble determining if something is vegetarian. Being vegetarian is easier than being vegan. Veganism requires a lifestyle without dead animals completely. Vegans also choose to not wear leather or eat eggs as well as not eating meat. However, vegetarianism is simpler. Vegetarians don’t eat meat or consume any part of animals. This means that if french fries are fried in the same oil as chicken wings, the french fries are no longer vegetarian because of cross-contamination. However, some vegetarians will still eat dairy products, such as cheese and milk.

I once asked a server what vegetarian options are available at their restaurant. After she told me a salad and maybe a pasta was available, she proceeded to tell me they had a very popular turkey burger. What seems obvious to a vegetarian, is not necessarily obvious to a person without the dietary restriction.

I am a bartender. With that comes a lot of unprovoked opinions and stories from strangers. Regularly, people ask what the best food is on the menu. Occasionally, I will tell them I am vegetarian, but most of the time I’ll just recommend the ribs.

When I do throw out the vegetarian card, very often the middle-aged man will respond with, “I just can’t live without bacon.”

People have a hard time accepting lifestyle differences. Therefore, they can be ignorant toward a lifestyle they are not familiar with. The United States, especially, is guilty of not accepting vegetarians because of the vast amount of meat that is eaten, and how prevalent it is in the culture.
The Lack of Options
Many people decide to become vegetarians because they want healthier eating habits. However, when going out to eat, the few restaurants that do offer a meatless option, end up not being healthy anyway.

The average black bean burger, a common vegetarian option at restaurants, has about 29 grams of protein; this is a good amount. It’s over half the amount of protein needed in a single day. But, it also has 76 grams of carbohydrates, and 18 grams of fat, according to Eat This Much, a website that acts as a tool for keeping track of your diet.

According to Arushi Bidhuri, a writer for the website Only My Health, carbohydrates can raise the body’s blood sugar levels and lead to obesity.
Solutions
Restaurants in St. Charles and everywhere need to hear the concerns voiced by vegetarian consumers. This can be done by incorporating healthier options such as whole-grain bread, lettuce wraps, and overall fewer carbohydrates. Meat substitutes can replace the meat in almost any dish sold at a restaurant. Also, investing in a meat substitute, such as tofu or soy, is a step forward in better serving a growing population of vegetarians.

Some restaurants may argue that it costs more money to have multiple vegetarian options on the menu. But, with the growing popularity of vegetarian diets, an investment in meat substitutes may make businesses more profitable. In April 2019, Burger King made the decision to test the “Impossible Whopper,” a completely meatless burger. The company chose St. Louis as its first test area. In May 2019, Burger King announced they would be going nationwide with the “Impossible Whopper” by the end of 2019 because of the success the burger attracted in the Midwest.

I will continue to search for vegetarian meals near me, but St. Charles restaurants may be the last on the list until they step up their vegetarian game.