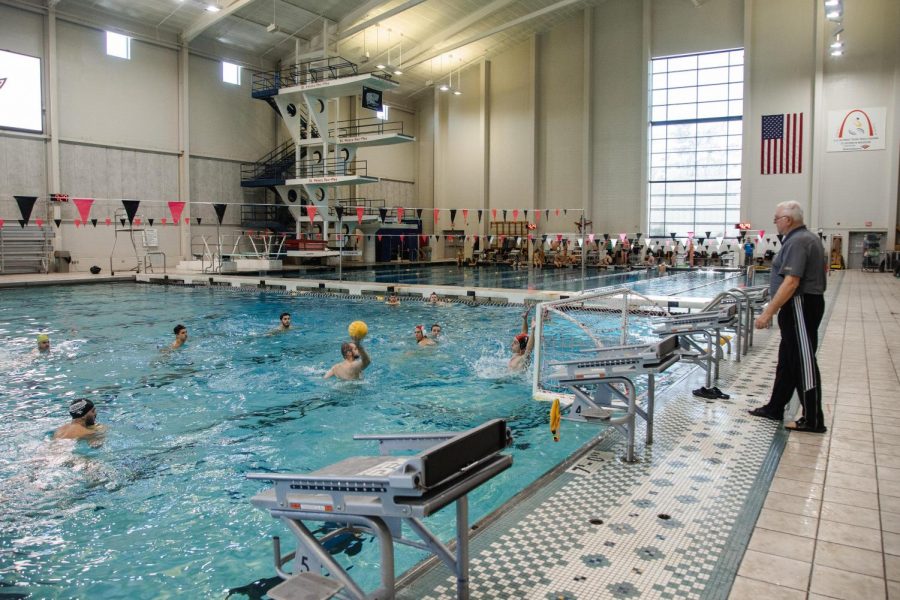 The men’s water polo team will start the 2019 Men’s Collegiate Club Championships this weekend in Pittsburgh, Pennsylvania, as the No. 1 ranked team.

This season has been nothing but successful for the Lions with a 17-6 overall record and a six-game winning streak. The Lions received 100 points in the last week of regular-season competition to pass the University of California – San Diego, and become the No. 1 ranked team in a division with teams like Michigan State, Texas A&M, Villanova and Ohio State.

The Lions successfully maintained the No. 1 position throughout the entire season since winning nationals a year ago against the University of Utah in Tucson, Arizona.

The Lions also won the Missouri Valley Division Championship after defeating McKendree and Washington University on Oct. 12. This is the sixth consecutive year the Lions have won the MVDC title.

The Lions have won nationals four times in five years and are on the hunt for their sixth national title this weekend.

“That is our plan,” sophomore Benedek Horvath said. “The team is getting better and better as a connected machine, and it is very important for us because we have amazing, talented individuals from several countries in Europe, where water polo is blooming.”

The first encounter of the tournament will be on Friday at 9 a.m. and the opponent is yet to be determined. With a great season behind them, Horvath is confident of what the team can accomplish during the weekend.

“We have to dominate all of our games, be there 100% mentally and physically, and hopefully everything goes well,” Horvath said.

While the Lions didn’t have a match between the MDVC and Nationals, in order to get ready to compete this weekend, the Lions changed their practice routines in order to stay sharp.

The Lions swam between 2,000 and 3,000 yards and practiced shooting for the first couple of weeks. In the last week, the Lions have been tapering and preparing for competition by swimming less, doing sprints and scrimmages with different scenarios, like having one less player than their opponent or one more.

“For me, this has been the main goal for the season, to make it to the nationals squad,” Horvath said. “I am already excited, I can’t wait to go, and whenever I’ll be in the water, I will do my best for the team.”

The Lions will have their last practice today at the St. Peters Rec-Plex before heading to nationals.