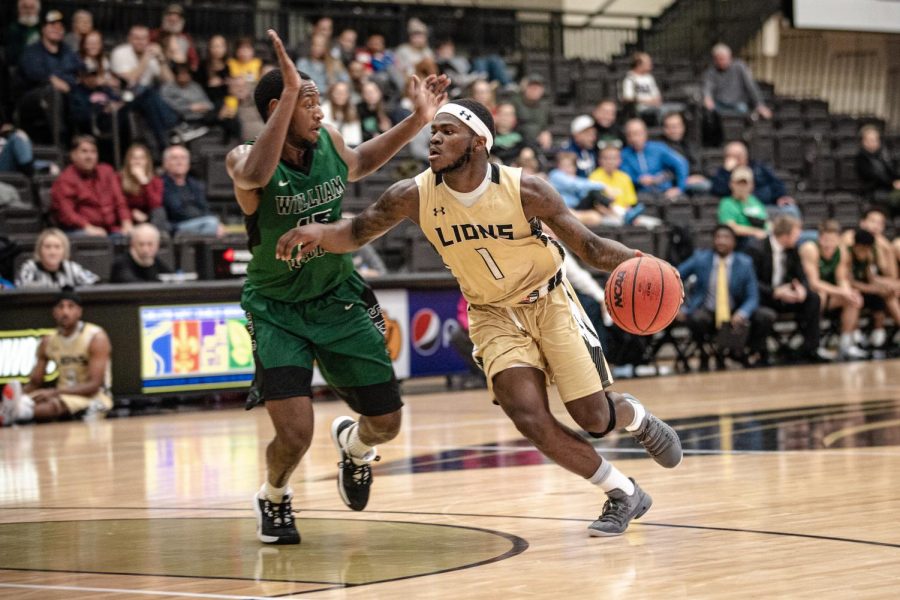 Lindenwood junior T.J. Crockett led the Lions to win against William Woods for their first home game of the season, 88-80, on Thursday night at Hyland Arena.

The Lions started off the match hot with a 23-6 lead, which the Lions were able to maintain throughout the first 2o minutes of the match. The Lions forced 10 turnovers from the Owls, increasing Lindenwood’s lead to 50-33 going into the break.

The game turned when the Owls made adjustments which helped them cut the Lions’ lead to just 11 points. However, Lindenwood got in a 20-4 run with a layup from Kace Kitchel to increase the lead to 70-48, which stopped the Owls from potentially tying the game.

The Owls tried to make a comeback and trimmed the Lions’ lead to only four points going into the last four minutes of the match. The Lions were able to stop the Owls’ run, capping the match 88-80.

According to the Lindenwood Athletics website, Crockett scored 27 points for his third consecutive match. Vijay Blackmon also had a great game as he helped the Lions win by scoring 17 points. Kitchel scored 10 points to be the third Lion to reach double-digits.

Cameron Scales and Crockett had five rebounds. Sukhman Bhinder and Blackmon tied for the assists lead with four.

The win brings the Lions’ record to 3-0.

The Lions will have their second home game in Hyland Arena as they face Bellarmine University on Wednesday, Nov. 20 at 7:00 p.m. The Lions’ first Great Lakes Valley Conference game will take place at the University of Missouri – St Louis on Dec. 3.