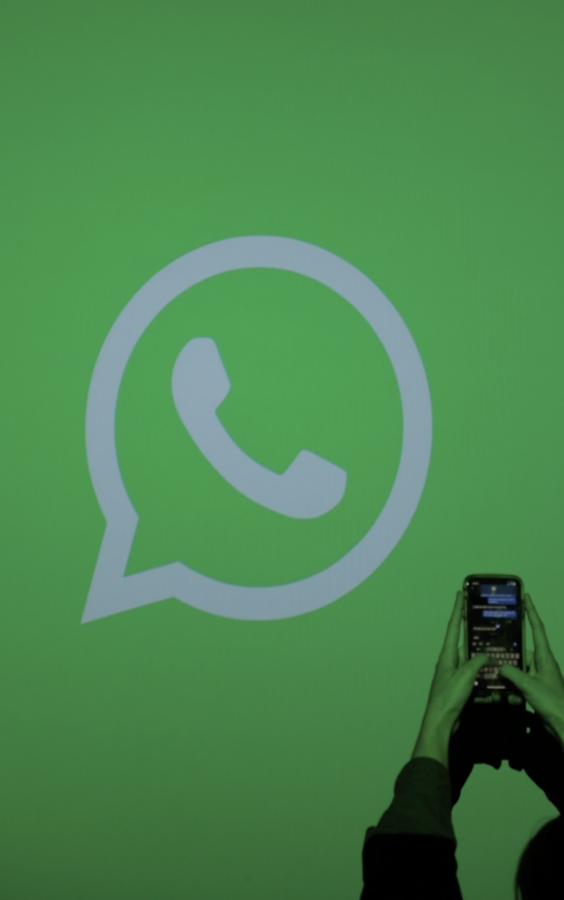 Whatsapp is a popular free messaging app, but has also been used to spread political disinformation through groups.

Fifty-five billion text messages, 4.5 billion photos, and one billion videos are sent and shared every day on Whatsapp.

The messaging app is a favorite among international students to use to communicate with family and friends back home. The app has been used to organize protests in Latin America and spread disinformation about elections in India, Nigeria and Brazil both this year and in 2018. This primarily happens through groups on Whatsapp.

The app is not that popular in the U.S. – despite being invented by two Americans. The app is even named after the English phrase “What’s up?” Whatsapp is part of a global phenomenon in replacing traditional texting or SMS. More than 1.5 billion people in 180 countries use Whatsapp, but the U.S. accounts for only 1.5 percent of Whatsapp users worldwide.

The app is popular because it is free, allowing users to send photos, video chat and text – all without a data plan.

“In Brazil we never use messenger. We only use Whatsapp,” freshman Bruna Sa said. “When I came [to America] it was really crazy because no one uses Whatsapp.”

All users need is Wifi. Users login using their phone numbers and the app automatically adds anyone in their contact list who also is a Whatsapp user, even users with numbers from different countries.

“It’s very cool because when I’m back in Italy I can talk to people from South America,” senior Francesco Marcantoni said.

Whatsapp started 10 years ago in the smartphone boom and has stayed ahead of competition solely because it existed before the competition.

“I started using Whatsapp when I was 12 and had a Blackberry,” junior Amy Córdoba, who is from Panama, said.

International students from Latin America and Europe prefer Whatsapp over Facebook Messenger, Line and IMessage. This can be attributed to the higher costs of cell service and less development in their countries.

The platform has end-to-end message encryption. This encryption keeps the messages between the receiver and sender, and outsiders cannot trace the origins of the messages. Whatsapp itself cannot see the messages, either. However, since Facebook bought the app both creators have left over disputes about user’s data privacy.

“I got hacked like twice… so like everyone could see my information,” said Jacome, who is from Ecuador.

The popular app has become political in nature. It is blocked in China, the United Arab Emirates, Syria, and Iran. In some countries it is because Whatsapp is used to organize protests.

Students from European and South American countries have learned about news and protests from group chats, sometimes being added to message chains when they do not know the original sender.

“This year, there was a conflict in Ecuador,” Jacome said. “I wasn’t there and I didn’t know what was going on in my country, and I have received so many [forwarded messages] saying what’s going on, where is going to be the protest and how many people they need.”

However, these forwarded messages can either communicate fast information, like when sophomore Andréa Charles learned the Notre-Dame de Paris cathedral was burning in her home country of France.

“I learned it through my French friends’ group chat,” Charles said.

How Whatsapp is used to spread disinformation

Or the app can be used to spread disinformation, like in India’s recent election.

The Indian election for the next prime minister in 2019 was called a “Whatsapp election.”

Whatsapp groups were used to spread doctored photos and links to YouTube videos that influenced the election.

In India, more than 400 million of the 460 million people online are on Whatsapp. It’s safe to say the app is influential in India.

Over 600 million people voted in the election. The winning party, BJP, had three Whatsapp groups to spread campaign information for every one of India’s polling stations – totaling almost 2.7 million group chats.

WhatsApp’s message encryption is a double-edged sword because it can protect deceptive practices through false group names and conceal the identity of people who send propaganda.

Also, this month, Whatsapp added more options for users to choose if everyone or only their contacts can add them to groups.

In October 2019, Whatsapp sued the creator of Pegasus, a spyware, claiming it was used to snoop on 1,400 accounts of Indian journalists, activists and government officials during elections in India.

And this isn’t the first “Whatsapp Election,” Nigeria’s and Brazil’s elections were also affected.

Research in the 2018 Brazilian presidential election found misinformation is largely spread by people forwarding messages from group to group.

Sixty percent of people in Brazil use Whatsapp. The misinformation made the country’s politics divisive. An opinion was published in the New York Times titled “Fake news is poisoning Brazilian politics. Whatsapp can stop it.”

However, its end-to-end encryption can either protect and connect people, or protect the people trying to confuse voters during elections.