Football on the hunt for second Division II playoff victory 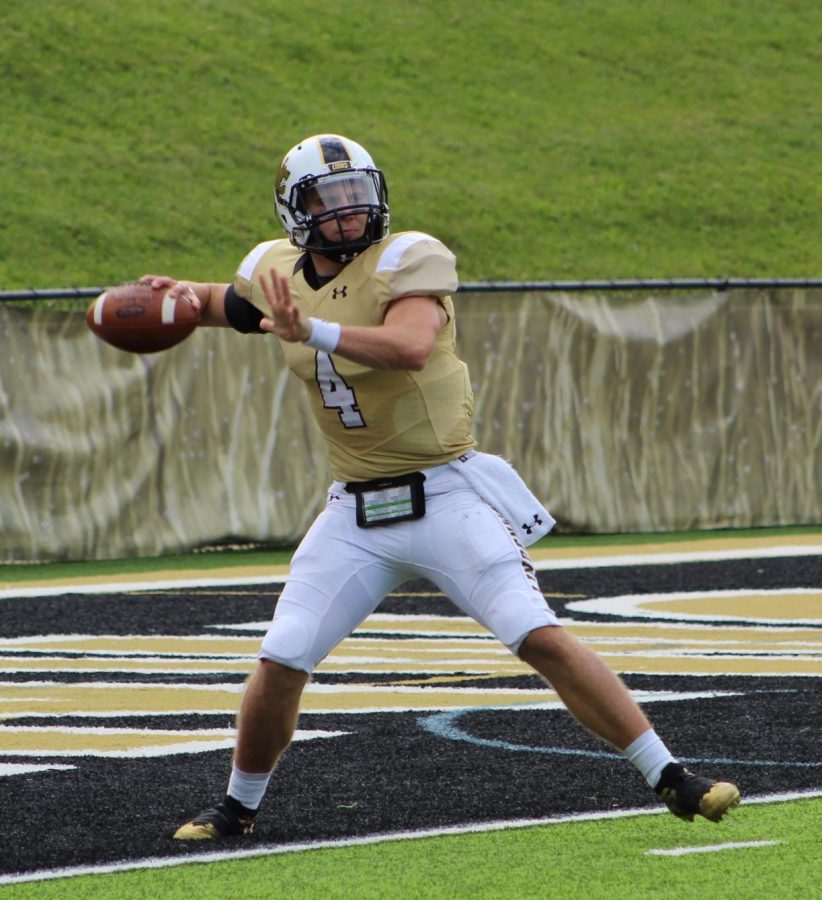 Lindenwood quarterback Cade Brister during the game against Saginaw Valley State on Oct. 2019.

The Lions once again defied the odds and took down No. 5 Ouachita Baptist, 41-38, for the program’s first-ever Division II playoff win. It was the Lions’ third victory over a ranked opponent this season and second victory over a top 10 opponent.

The road does not get any easier from here. On Saturday, the Lions will travel to Maryville, Missouri to take on No. 10 ranked Northwest Missouri State.

During the game against Ouachita, Sophomore quarterback Cade Brister made plays not only with his arm but kept drives alive with his feet on the way to the victory. He threw for 273 yards and two touchdowns and ran for 94 yards and one touchdown. Brister ranks third in the nation in touchdown passes with 38, and passing yards with 3,574.

Junior linebacker Drew Seers had two and a half tackles for loss last week to add to his total of eight. He currently is the Division II tackles leader with 162.

Looking into the second playoff match, the Bearcats and the Lions are old Mid-America Intercollegiate Athletics Association foes and have faced each other in the past five times. Northwest is 5-0 in those contests outscoring the Lions 224-49.

The Bearcats are historically one of the most successful Division II football teams of all time. They have won three national titles since 2013 and are the Division II leader in playoff wins with 49. The Bearcats’ .742 win percentage also ranks as the highest of all time.

When the Bearcats lose, it normally isn’t at home. They are 30-3 at home in the playoffs and have won 23 straight home contests. A streak that dates back to 2004. Last week, the Bearcats prevailed over the Harding Bisons 7-6. It was the Bearcats lowest point total of the year to this point.

You can watch the game here, listen here or tune into 89.1 the Wood if you are in St. Charles.