With new name, this year’s Winterfest looking to be more inclusive 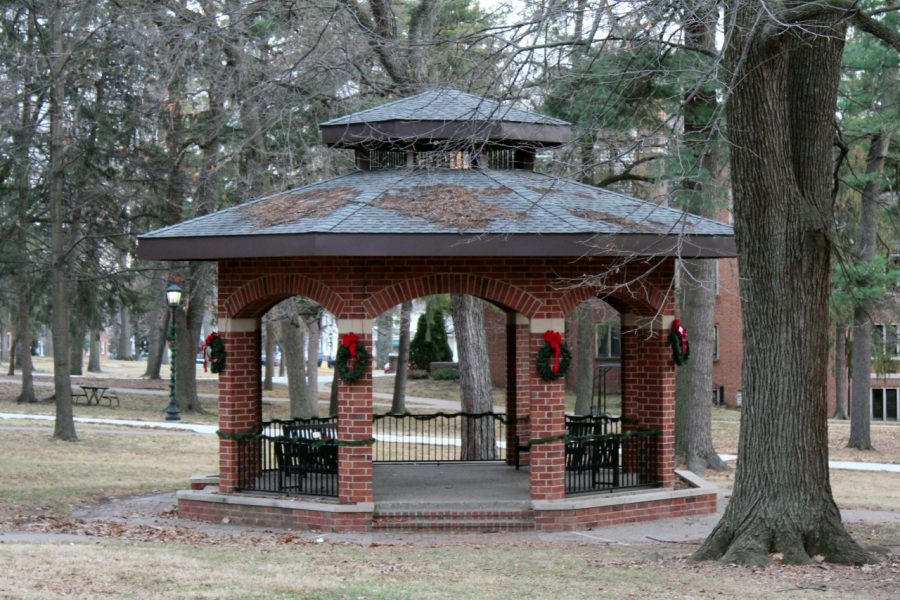 The gazebo on old campus decorated for the holidays.

Formerly known as the Christmas Walk, Lindenwood’s Student Involvement is hoping to bring a more inclusive celebration to campus this holiday season by renaming the event Winterfest.

Winterfest is a children-friendly event hosted by Student Involvement and is intended to embody the holiday spirit with its wide range of activities. Attendees can expect a hot chocolate bar, a caroling performance, karaoke, a photo booth, cookie decorating and various craft-making activities such as do-it-yourself snow globes.

Winterfest was previously known as the Christmas Walk, but in an effort to be more celebratory to all cultures, the title “Winterfest” was chosen to bridge that divide. 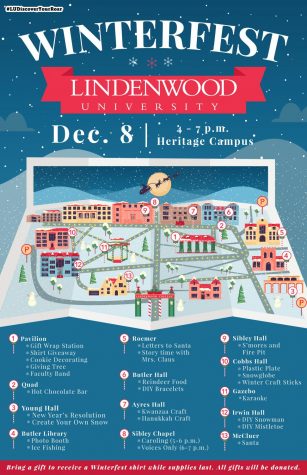 “In feedback that we got with the event, students would like it to be more inclusive,” Heuermann said. “Not everybody celebrates Christmas, so we decided to change the name to Winterfest.”

Craft stations for the assembly of Kwanzaa Kinaras and ornaments of the Hanukkah Star of David and will be available to include those holidays as well.

Kinaras are candle holders used in Kwanzaa celebrations, which last one week, to honor African heritage in African-American culture.

Santa Claus and Mrs. Claus will also be making an appearance, and will host a story time reading. Both will also be available for photo opportunities.

In addition, the Winterfest staff is partnering up with the Salvation Army to give underprivileged children gifts during the holiday season. Student Involvement is encouraging Winterfest visitors to bring new or gently used toys for children ranging from toddlers to teenagers.

“Anybody who comes and brings a gift, we’ll donate all the gifts to children in need for the holiday season,” Heuermann said. “While supplies last, we will hand out T-shirts to anyone who brings a gift.”

The event will also feature over 3,000 luminaries that will be lined up along the sidewalks and streets, lighting up Heritage Campus.

“It’s about a three-hour process to get all of [the luminaries] filled and placed where we want them,” Miller said.

But Miller said that in the end, the time-consuming process adds a beautiful ambiance to the event that makes it all worthwhile.

Winterfest will be held on the Heritage Campus on Dec. 8 from 4 to 7 p.m. There is no admission fee. Attendants are asked to look out for announcements for a location change in the event of inclement weather.

More information can be found here.