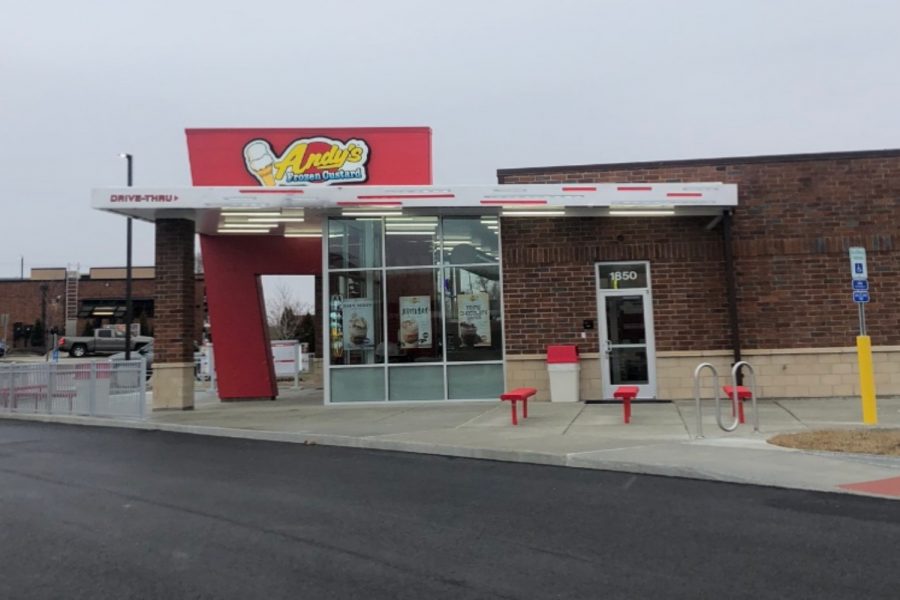 The new Andy's Frozen Custard across from Lindenwood on First Capitol Drive.

A new location of Andy’s Frozen Custard opened across First Capitol Drive from campus on Sunday.

The shop’s general manager, Castle Wagoner-Smith, previously ran the Andy’s next to the University of Missouri for a year and a half. He is currently enrolled at Lindenwood University to finish his business degree.

“I’m taking 12 credit hours to finish my business degree at Lindenwood that I started at Mizzou,” he said. “I moved here to open up this store and looked into colleges in the surrounding area and found this one right across the street.”

Andy’s was started in Osage Beach, near Springfield, Missouri, in 1986. Today, the chain can be found in 13 states.

“I’m from Springfield where Andy’s was started. When I was growing up, there were only the stores in Springfield,” said Wagoner-Smith. “Now this store that has just opened up is number 86.”

Construction on the new location took about two months, according to Wagoner-Smith.

He said what makes Andy’s a unique franchise is the customer service.

“Andy always talks about customer service,” he said. “We don’t have talk boxes for the drive through or anything; it’s just we’re talking straight to the customer out there and yelling orders back. It’s about the experience.”